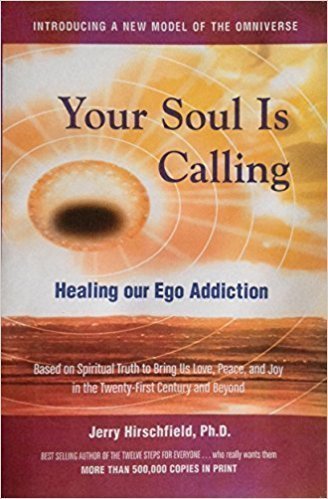 Your Soul Is Calling: Healing Our Ego Addiction - Spirituality

Book Synopsis: This book Introduces the Energy Model of the Omniverse comprised of innumerable multi-universes plus the infinite energy within it. The Energy Realm is Reality. The physical realm which egos call the real world is an illusory creation of our egos who are addicted to the apparent but false reality they have created. The book also defines ego addiction and describes the rampant forms of it existing everywhere in this ego-created physical illusion, causing pain and suffering for most people. The suggested solution for healing this ego-created disease is a dedicated ongoing participation in a Twelve-Step Fellowship coupled with application of the principles of New Thought philosophies, such as The Science of Mind, based on the ever-Present existence of an All-Knowing, Infinitely Loving, Benevolent Power greater than ourselves within each of our Souls to whom our egos will voluntarily surrender.

Author Bio: Jerry is a spiritual psychotherapist licensed in California who maintained a private practice in Sherman Oaks from 1980 to 2008. Prior to that time, he was an electronics engineer and manager, in the aerospace industry. His transition to his second career began in 1975 after recovering from a severe mid-life crisis. The Twelve Steps of Alcoholics Anonymous, adapted for other Twelve Step Programs, were instrumental in Jerry's recovery as were a realization of the existence of a Loving Higher Power within each of us, and the writing of his first book, The Twelve Steps for Everyone... who really wants them, published in 1977. Jerry holds a Ph.D. degree in Psychology, an M.A. in Counseling, a Master of Engineering Management from U.C.L.A., and a B.S. degree from M.I.T. He has written several articles and three other books on spiritual growth. Jerry is a clinical member of the California Association of Marriage and Family Therapists and a professional member of the Association for Transpersonal Psychology. He currently joyfully resides in Hollywood, Florida, with his deepest love to whom Jerry believes he was led by his Higher Power... via the Internet. You can find Jerry's website at www.hiconnections.com and see him on YouTube at drjerryhirschfield.