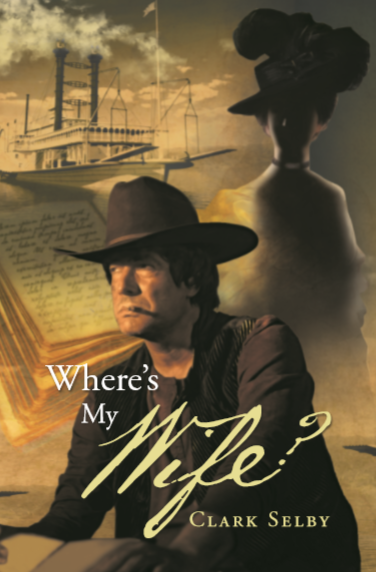 
Book Synopsis: Where's My Wife? Is the story of Rocky Stone, a former Captain of the Texas Rangers, who began writing very successful dime novels and his wife, Latesha Stone, daughter of Henry Hudson IV, one of the wealthiest men in America. They boarded The Pride of St. Louis riverboat in New Orleans to return home after Latesha finished buying the latest Paris fashions. While Latesha was straightening up their cabin, Rocky left to have a drink with his friend, the river-boat captain. Returning to their cabin, Rocky found Latesha wasn't there. He went looking for her, and after having no luck finding her, the Captain had the entire riverboat searched; Latesha was not on his ship. Where could she be? No one saw her leave the ship before the ship left New Orleans. and they hadn't stopped at any ports yet, but Latesha had vanished. Rocky shouted loudly, "Where is my wife?" Rocky's life had but one quest, and that was to find Latesha, but how?


Author Bio: Clark Selby was born in 1936 in Miami, Oklahoma, and attended school in Kansas and Oklahoma. He and his wife Karen Serene Selby, live in Springfield, Missouri. He spent over forty-five years in the parking industry.. Clark's work in the parking industry took him to over sixty countries on six continents. During his years in the parking industry he served as Director of Parking for the City of Hutchinson, Kansas ; Assistant Director of Transportation and Parking for the University of Iowa ; Parking Consultant with De Leuw Cather & Company, a Transportation Engineering Company in Chicago and Project Manager for a parking study in Perth, Australia. He worked for several years for Duncan Industries, as a Sales and Service Engineer; Director of Manufacturing, then was promoted to Vice President of International Sales and President of the company. Clark last position in the parking industry was President of Worldwide Parking Corporation, before he retired to care for his first wife, Patricia after she became paralyzed and he continued to care for her until she passed away. Clark served in the Kansas Army and Air Force National Guard for more than six years before he began traveling in the parking industry and was a Sergeant in radio communications. Clark and his wife, Karen spend as much time as possible traveling and exploring places they haven't been and plan to keep doing it as long as their health allows them to. Clark loves writing new novels and plans to keep doing it, as he says, "I always hope my books tell a good story,"