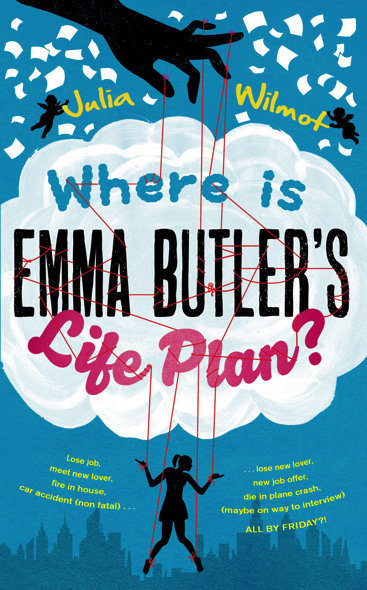 Book Synopsis: This book is based on the idea that before people are born they make a plan of the challenges and experiences they want to face in their next lifetime in order to further progress spiritually. Once they are reborn their guardian angel watches over them and offers help and guidance if asked. The angelic realms also watch over the progress that an individual makes towards fulfilling their life plan. The book is based in contemporary London. The story involves a perceived mistake. The Life Plan' of Emma Butler gets accidentally swapped with another and the Angelic realm believe that she is due to be recalled' very soon with very few of her life challenges completed. Emma is in her late 20's and is a copy writer in an advertising agency, living with her cat in London. A senior Archangel called Gregory takes over the guardianship of Emma to ensure that all the challenges are experienced before her recall. His enthusiasm for getting the job done colours his judgement and he begins to bend the rules regarding free will. This remains an issue with the other angels throughout the book and they threaten to take their concerns to a higher level. One of the biggest challenges is to introduce a love element to Emma. This is resisted by the guardian angel of Jack who has been chosen to fulfil this role. Jack runs a health food shop in London having had a big career change from the City. Jack and Emma meet at a book club evening hosted by a mutual friend. This meeting does not go well and the angels are very concerned that time is running out to get all the tasks completed. Due to a series of planned' misadventures Emma and Jack meet again and their feelings for each other begin to grow without any angelic interference. Emma is invited to a job interview in New York. According to the erroneous life plan she is due to meet her maker due to a plane crash on the way to that interview. Michael, the angel in charge of Guardian angels, realises they have made a mistake and the chase is on to get to the airport to stop Emma getting on that plane. Jack realises he should have told her how he feels and joins in the chase to get to her before she disappears to New York. Both Michael and Jack are successful and Emma is prevented from getting on the plane. Jack and Emma realise what they mean to one another. God obviously has been watching everything unfold and gives his own brief commentary as the story unfolds. Connie, the old lady whose life plan had been accidentally' swapped with Emma's is given an extension to her life and a promise of a part-time job in Jack's shop. Emma decides her future lies with Jack and helping expand his business. All the angels involved meet up in heaven with GOD to discuss what has happened and to resolve their differences. It becomes apparent that there was no mistake. It was GOD's way of getting the angels to realise that they needed to update their systems. From now on everything will be kept in the Cloud. It is a humorous and thought provoking story that introduces spiritual concepts in an accessible and entertaining manner.

Author Bio: While still a teenager, Julia Wilmot starting exploring the spiritual life. She learned Transcendental Meditation (TM) at 15 and felt she had found her path in life, so decided not to go to university but instead to devote herself to teaching TM. Julia taught Transcendental Meditation for many years, and was actively involved in the TM movement. She was a founding member of a TM community in Skelmersdale, and chairman of the largest European TM centre. She then had a second career, as an entrepreneur and finance director, working alongside her husband, co-founding and building a successful international management consultancy, which was sold to WPP. After the birth of her son, Julia became a full-time mother. Julia also writes a sardonic, witty blog justjulias.com where she explores self-help topics, natural living and recounts amusing thought-provoking tales. She lives in Buckinghamshire with her husband, Andrew, son, Sam and dog Tilly. She still meditates daily.