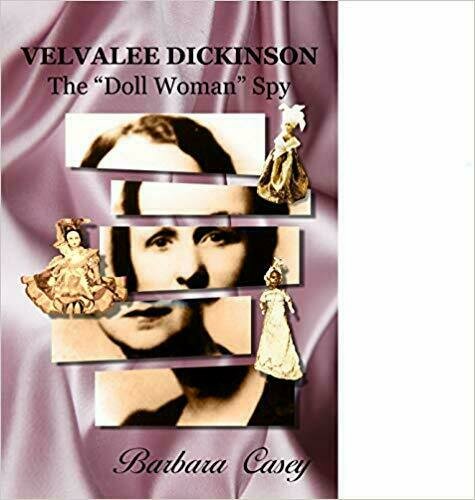 
Book Synopsis: By hiding coded messages in her correspondence about dolls, Velvalee Dickinson was able to pass on to her Japanese contacts critical military information about the US warships. After surveilling Velvalee for over a year, the FBI arrested her and charged her with espionage and violation of censorship laws. She became the first American woman to face the death penalty on charges of spying for a wartime enemy.

Velvalee Dickinson: The “Doll Woman” Spy is a carefully researched glimpse into the “Doll Woman’s” life as a collector of dolls, and as the highest paid American woman who spied for the Imperial Japanese Government during World War II.


Author Bio: Barbara Casey is the author of several award-winning novels for both adults and young adults, as well as book-length works of nonfiction true crime, and numerous articles, poems, and short stories. In addition to her own writing, she is an editorial consultant and president of the Barbara Casey Agency. Established in 1995, she represents authors throughout the United States, Great Britain, Canada, and Japan.