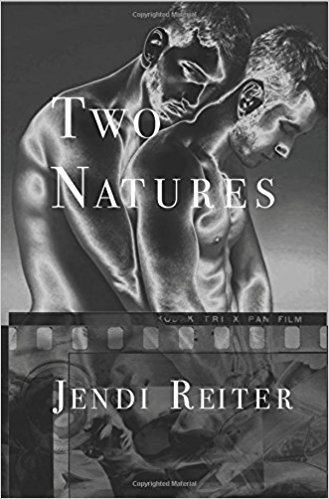 Book Synopsis: Two Natures is the coming-of-age story of Julian Selkirk, a fashion photographer in New York City in the early 1990s. His faith in Jesus helped him survive his childhood in the Atlanta suburbs with an abusive alcoholic father, but the church's condemnation of his sexual orientation has left him alienated and ashamed.

Yearning for new ideals to anchor him after his loss of faith, Julian seeks his identity through love affairs with three very different men: tough but childish Phil Shanahan, a personal trainer who takes a dangerous shortcut to success; enigmatic, cosmopolitan Richard Molineux, the fashion magazine editor who gives him his first big break; and Peter Edelman, an earnest left-wing activist with a secret life.

Amid the devastation of the AIDS epidemic and the racial tensions of New York politics, Julian learns to see beyond surface attractions and short-term desires, and to use his art to serve his community.

Author Bio: Jendi Reiter is the author of the novel Two Natures (Saddle Road Press, 2016), the poetry collection Bullies in Love (Little Red Tree Publishing, 2015), and the forthcoming short story collection An Incomplete List of My Wishes, which won a 2017 Sunshots Finalist Prize from New Millennium Writings. Other writing awards include the 2016 New Letters Prize for Fiction and a Massachusetts Cultural Council Artist's Fellowship. She is the editor of WinningWriters.com, an online resource site for creative writers. Visit her blog at www.jendireiter.com and follow her on Twitter @JendiReiter .