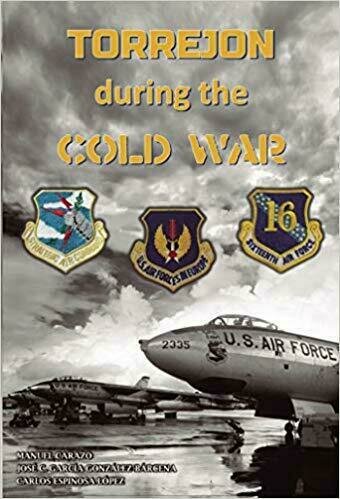 Torrejon during the Cold War - Military

With the phaseout of the B-47 from SAC in the mid-1960s, the need for SAC European bases diminished. The Sixteenth Air Force was turned over to United States Air Forces Europe (USAFE) on 15 April 1966 and the strategic focus changed to tactical. Prior to 1966, Torrejón AB hosted TDY squadrons of tactical aircraft rotating from CONUS TAC bases which would perform 30-day rotations to Aviano Air Base Italy and Incirlik Air Base, Turkey.


Author Bio: Manuel Carazo, born in New York was always raised in a military environment. Specialist in geostrategy, defense, intelligence and military protocol, he is also the founder of the Semper Brothers Foundation and was a member of the board of directors of the Marine Corps Association & Foundation, currently residing in the United States. José C. García Glez-Bárcena was a Spanish Marine Corps for 39 years.