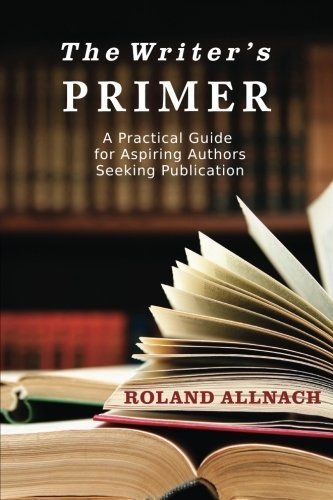 Book Synopsis: Rapid changes in the publishing world have opened the doors to many writers who wish to pursue the adventure of publishing. What will one experience as an author? How does one seek publication, and what paths should be followed for marketing? With 'The Writer's Primer', multi-award winning author Roland Allnach shares his knowledge and experience and offers a cohesive, pragmatic guide to those new to writing and publishing. For both new and experienced writers, 'The Writer's Primer' illustrates the spectrum of possibilities in today's publishing world.

Author Bio: After more than twenty years of hospital night shifts, Roland Allnach has witnessed life from a slightly different angle. His creativity draws from literary classics, history, and mythology. His short stories have appeared in many publications and are the recipients of several editorial 'best-of' awards as well as a Pushcart Prize nomination. His first anthology, Remnant, blending science fiction and speculative fiction, saw publication in 2010. In 2012 he followed with Oddities & Entities, a collection spanning the supernatural, paranormal, horror and speculative genres. His third book, Prism, published in 2014, follows a winding road through diverse genres and narrative forms. In 2015 he saw publication of two more books, the dystopian science fiction novel The Digital Now and the his first foray into nonfiction with The Writer's Primer: A Practical Guide for Aspiring Authors Seeking Publication. His most recent book, in late 2016, is Oddities & Entities 2: Vessels, returning to the surreal with a new set of strange stories. Roland's books have received unanimous critical praise and have been honored with more than a dozen national book awards, including honors from National Indie Excellence, Foreword Reviews, Readers' Favorite, Feathered Quill Reviews and Pacific Book Review. He's also appeared on national and local television ("The Writer's Dream", archived on You Tube), terrestrial and internet radio, and has conducted publishing presentations at local libraries and art venues. Roland is an active member of Long Island Authors Group. Having joined in 2013 he helped serve as Event Coordinator starting in 2015 and now manages the LIAG Traveling Bookstore. Starting in 2018 he now serves as President of LIAG. When not immersed in his imagination, Roland can be found at his website, rolandallnach.com, along with a wealth of information about his stories and experiences as an author. Writing aside, his joy in life is the time he spends with his family.