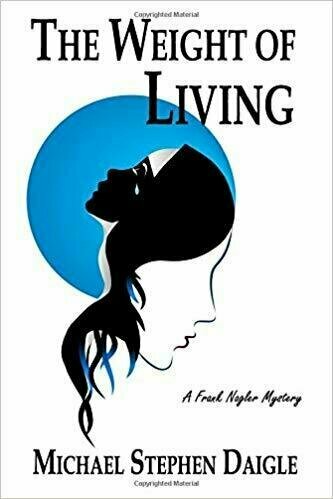 The Weight of Living - Mystery

Book Title: The Weight of Living

Book Synopsis: A young girl is found in a grocery store Dumpster on a cold March night wearing just shorts and a tank top. She does not speak to either Detective Frank Nagler, the social worker called to the scene, or later to a nun, who is an old friend of Nagler’s.
What appears to be a routine search for the girl’s family turns into a generational hell that drags Nagler into an examination of a decades old “suicide” of a young girl, and the multi-state crime enterprise of the shadow ringmaster.

Author Bio: Michael Stephen Daigle grew up in the Northeast U.S. from the snowbelt shores of Upstate N.Y. to the woods of Maine and the piers of New Bedford, Mass., all the while writing. He and his family now live in New Jersey. His first job was picking blueberries in Maine and his last job was a 33-year career as a newspaper writer and editor. He wrote his first novel at 22, and a second at 24. The second one years later became the first book of his Frank Nagler Mystery series: “The Swamps of Jersey."