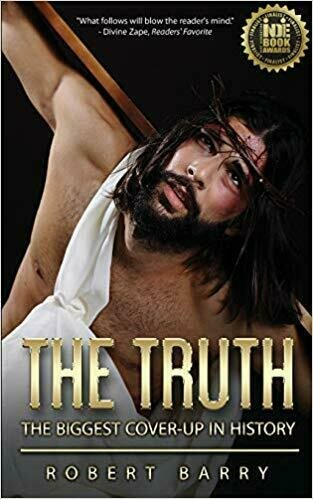 The Truth - The Biggest Cover-Up In History - Inspirational

Book Title: The Truth - The Biggest Cover-Up In History


Book Synopsis: The Grail is the most sought after artefact in human history. For two thousand years we have searched for it. We stole, cheated, and killed for it. We started wars in pursuit of its powers. The hunt for the Grail never diminished over the ages but rather intensified. In spite of the continued quest for the Grail, when it couldn’t be found, it passed into legend. However, just because something hasn’t been found does not mean it does not exist.

The purpose of the Christ on earth was to create the Grail, a gate, allowing for our return to heaven - ‘I have come… to make lawful to you that which was before forbidden to you…’ (Qur’an 3.50) ‘I will create a gate. Whoever enters through it will be saved.’ (John 10:9) ‘It is the way to the truth, and the life: no man cometh unto the Father, but by it.’ (John 14:6)

The Grail does exist and for the first time in almost two thousand years, The Truth – The Biggest Cover-up in History reveals what the Grail is, where to find it and how to use it. It’s time now to reclaim our inheritance!

“The author impresses with a tremendous amount of research, filling the structure with anecdotes and educating with facts and theories. The writer’s erudition is impressive, and his stories are appealingly told.” – Judge, 27th Annual Writer’s Digest Self-Published Book Awards®

“Well researched and beautifully written…is filled with light and wisdom…only those who want to change or be transformed dare to read.” The revelation of the true Holy Grail and its use to enter heaven….“will blow the reader's mind.” – Divine Zape, Readers Favourite®


Author Bio: Robert Barry has spent over two decades working in both the engineering and legal fields. Whilst working and living in London, Robert found and used the Holy Grail, the most sought after artefact of the last two millennia. For the first time in almost two thousand years Robert’s work reveals the truth about the Grail and its creator Yeshua, more commonly known as The Christ. In “The Truth”, Robert Barry recounts what is generally known about the life of Jesus Christ and in particular the week leading up to his crucifixion. He unravels the mystery surrounding Jesus’s words and actions and the reason for his ultimate sacrifice. “The Truth” now returns to us that which was taken from us – our Freewill!