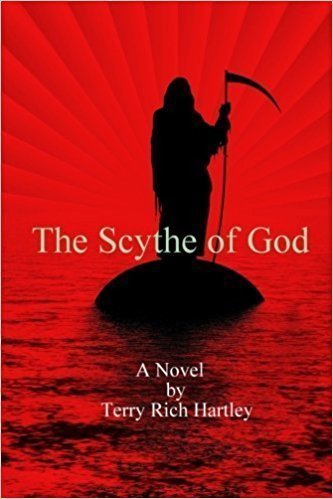 The Scythe of God - Thriller

Book Title: The Scythe of God

Book Synopsis: When Danites (destroying angels) from a renegade Mormon sect set out to destroy the mainstream church with a merciless synthetic virus all of humanity is threatened. Man-made and self-replicating, the Scythe of God virus ravages the human immune system in mere hours, leaving its victims helpless in a world swarming in pathogens. Influenza, the common cold, and measles, might as well be Ebola. The Scythe of God Virus, named for its ability to cut down infidels the way a scythe does wheat, is to become the deadliest weapon in a war without boundaries.

Investigators Gus Bolderjack and Mattie Hendrix are drafted into a conflict not of their making, with odds not in their favor, and with religious overtones outside their understanding. Yusuf Al'absi, a brilliant but embittered biomedical engineer, controls the offense. He is the father of the Scythe of God Virus and he is using Loyalist Latter Day Saints, a domestic religious sect, to help him spread it throughout North America. An eccentric man called The Magician heads the defense. He's a shadowy figure with immense power when it comes to defending the republic. He and Al'absi know something no one else on earth does: SGV is an extinction level virus, and this is a zero sum game. Life. Death. Not both.

Author Bio: Dr. Terry Rich Hartley has served "hard time" as a research psychologist, psychology professor, and award-winning newspaper journalist. He naturally brings psychological principles to fiction and is the author of The Scythe of God, The Octopus Hook Murders, Armageddon Yellowstone: Hell Unleashed, Paranoia on River Road, The Ditchrider's Daughter, Whisper, Whisper II, and House of Matches. More works by this author can be found on Amazon Books as well as at www.terryrichhartley.com.