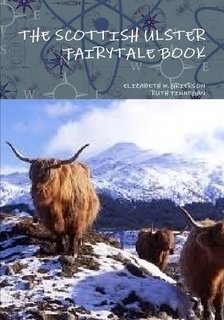 Book Synopsis: Stories which were handed down for centuries by word of mouth by professional story-tellers, who went about from clachan to clachan in the "Highlands and Islands," earning a night's shelter by giving a night's entertainment, collected and retold with great verve in this volume.
This bright new edition is edited by Elizabeth Grierson and Ruth Finnegan.

Author Bio: Ruth Finnegan OBE is Emeritus Professor The Open University UK, Fellow of the British Academy, Hon. Fellow Somerville College Oxford and International Fellow of the American Folklore Socisty. An anthropologist and cultural historian, she is the author or editor of numerous prize-winning academic books and of the multi-award literary novels 'Black Inked Pearl' and Voyage of Pearl of the Seas' and, with her inspirational Black Ink Pearl', Genre Winner (fantasy/sci-fi) Capital Fund Screenplay Competition 2017. Her latest venture is a co-editor if the forthcoming series for young adults, Hearing Others' Voices' for which a logo (attached) has been specially created by the designer of the Apple logo, Rob Janoff.

Ruth was born and brought up in Ireland (extensively drawn on in the Black inked pearl' novel and screenplay screenplay) and attended a Quaker school (overlapping there with Judi Dench and Mary Ure), followed by top Oxford degrees in classics and anthropology, fieldwork on African story-telling (directly reflected in Black ink pearl') and university teaching in Africa, Fiji, Texas and the UK

She is deeply inspired by music, loves the countryside and the sea, is a regular church attender (ecumenical) and adores her yearly springtime visits to New Zealand. She has three daughters - two in England, one in New Zealand - and five grandchildren, and lives in Bletchley (home of the code breakers') in southern England with David Murray, celebrating their golden wedding anniversary in 2013.