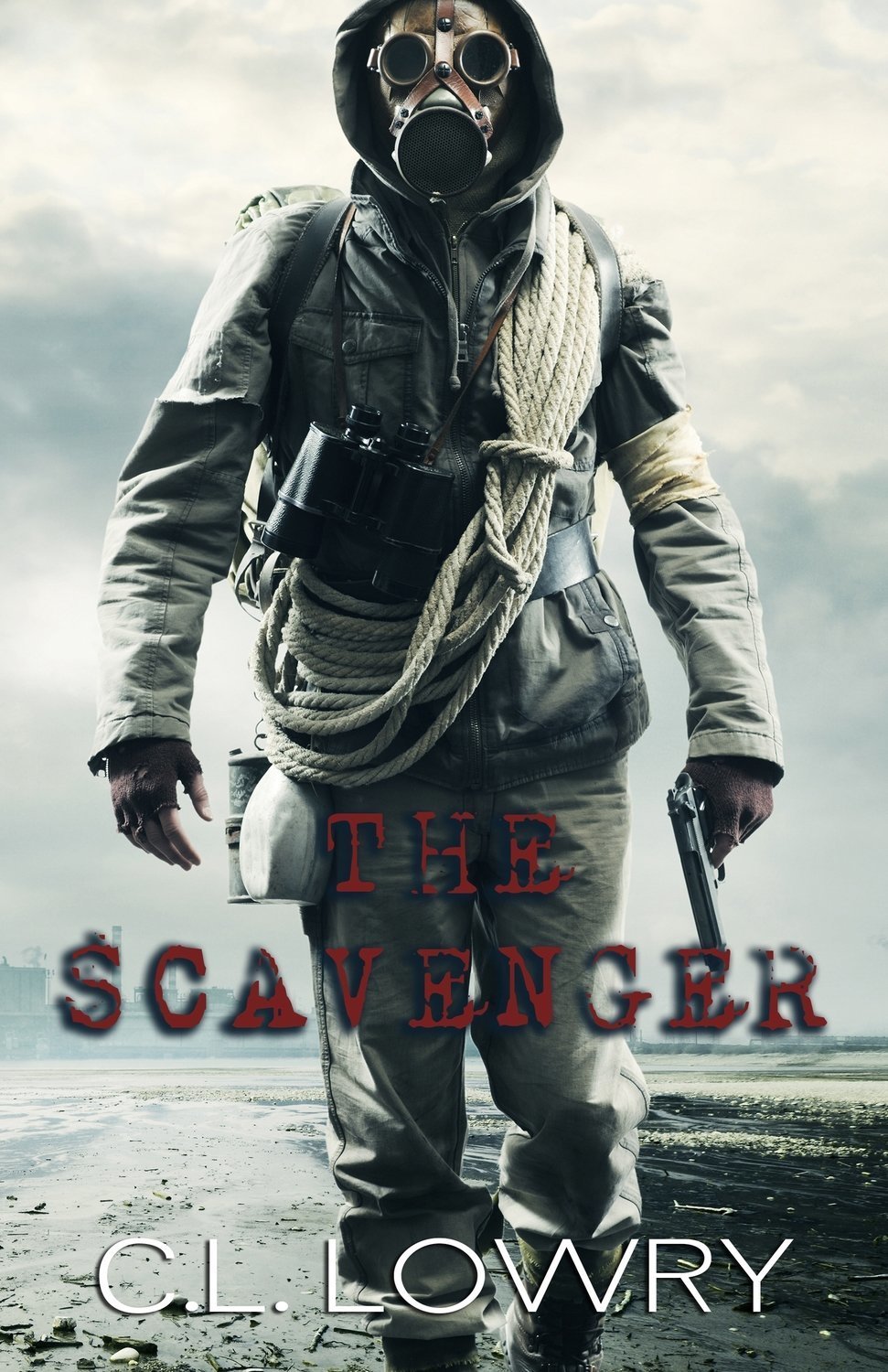 Book Synopsis: After chaos breaks out around the country, the U.S. government releases a mysterious chemical gas that takes the lives of millions of citizens. What was originally a plan to restore law and order throughout the country rapidly crippled the U.S. population and left the remaining citizens vulnerable in a world where survival is the only thing that matters. Along with a rapidly increasing crime rate, the effects of the chemical gas are causing dreadful mutations, and humanity faces the possibility of extinction. The Scavenger takes you on the journey of Kyle Quinn, a former U.S. Marine, as he navigates through the new world, dealing with his fear of contamination. At the commencement of the epidemic, his wife, Jacqui, warns Kyle to prepare for the worst. Unfortunately, the worst shows up at their front door as they are confronted by a small militia, planning to wreak havoc on anyone not associated with their cause. The only hope of survival is scavenging through his devastated hometown, in search of an antidote that could possibly reverse the effects of the chemical gas and restoring some order in the new world.

Author Bio: Chris McClean is an award-winning author, graphic designer, speaker, and writing coach. Chris was born and raised in Philadelphia, Pennsylvania but his family roots trace back to the beautiful island of Barbados, West Indies. Chris spent over ten years in law-enforcement and uses his experience and education to demand his readers' attention with realistic scenarios throughout his stories. After serving four years as a Patrol Officer for the Philadelphia Police Department, Chris took advantage of an opportunity of a lifetime. In 2012, a small police department in the suburbs of Philadelphia hired Chris, which made him the first African-American officer in the history of that department. After years of searching for a way to teach young children about social issues they were likely to encounter, he created the CrimeFighters: Defenders of Justice. The CrimeFighters are a diverse group of heroes that teach safety lessons to young readers. Along with being a children's author, Chris writes fiction under the pen name C.L. Lowry. He has released three books under his pen name, which include a crime anthology, post-apocalyptic thriller, and a guide to self-publishing. As a writing coach, Chris has helped over 25 writers self-publish more than 50 titles. He has assisted writers with outlining, editing, marketing, illustrating, and designing promotional material. Chris has been a speaker at several elementary schools, libraries, and non-profit programs. His presentations include reading of his books, safety presentations for children, and know your rights presentations for adults. Chris McClean's debut storybook The CrimeFighters: The Heroes Fight a Fire ranked on Amazon's Top 100 Best Selling Children's Books in the summer of 2016. Since then he has released stories that touch on the subjects of bullying, theft, and stranger danger. In 2016, Chris won an award for the best anthology at the New York Book Festival (The Black Badge: Confessions of Corruption). In 2017, Chris was a finalist for the Book Excellence Awards (The CrimeFighters: The Heroes Stop a Bully) and winner of the Hungry Minds Book Award for the 2017 Independent Children's Publisher (The CrimeFighters Book Series). The CrimeFighters series comes in picture books and a chapter series. Along with the CrimeFighters book series, Chris also worked with developers to create the CrimeFighters Coloring Book App for Apple and Android. The app is scheduled to launch in the spring of 2018. Along with perfecting his penmanship, Chris also started a book review program called Creedom Book Critiques. Alongside his son, CJ, Chris provides honest book reviews to authors of all genres. Chris started Creedom Book Critiques after seeing the minimum amount of exposure independent authors received, despite all the hard work they put into their books. If you have any questions, suggestions, complaints or want to volunteer as a beta reader and receive free advance-reading copies of new books, please email Chris McClean at CreedomBooks@gmail.com. For more information on Chris McClean, Creedom Book Critiques and book release dates visit www.creedombooks.com. For more information on the CrimeFighters book series, visit www.crimefightersbooks.com.