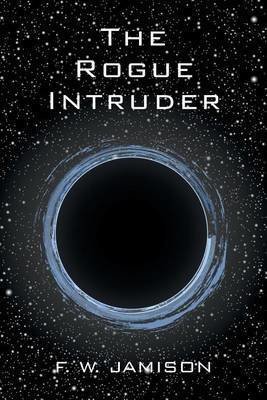 Book Synopsis: By the mid-21st century, a world-wide civil war erupted which killed over 5 billion people. Unigov, a brutal One-World Government, came into power and filled the void caused by the collapse of social order. Unigov evolved its rule to be absolute using technology that past dictators could not have dreamed of. Unigov, a Totalitarian form of State-Controlled Capitalism, used multiple cameras, drones, and vicious robotroopers, enhanced with artificial intelligence, to control the masses. Breaking Unigov laws and edicts was punishable by either immediate death carried out by patrolling robotroopers or internment into reeducation camps for enlightenment' which, for most, was far worse than death. By the year 2147, mankind was living and working in space. To escape the savageness of Unigov, Dr. Timothy Grey and colleagues, with the help of BMW Mining, decided to build an interstellar spaceship and hide it next to BMW's main mining facility in the asteroid belt. The spaceship was designed to take them and their future generations to Kepler-452c, Earth's twin. However, before they could complete the spaceship, a small rogue black hole was discovered by a teenage amateur astronomer racing toward the solar system. Mankind now has 81 years to save itself. Can Dr. Grey and colleagues complete the spaceship and leave the solar system before Unigov can commandeer it or will they perish in the inescapable annihilation?

Author Bio: Frederick W. Jamison is originally from Missouri but is now living in Otter Rock, Oregon with his British wife Christine and their two Shetland Sheep dogs. He also has three grown children and four grandchildren. Frederick is a graduate of Washington University in St. Louis with degrees in computer science. He authored The Rogue Intruder, an action Thriller that won the 2017 Book Excellence Award in Science Fiction. He also authored Requirements Management Methodology (RMM) and Implementing and Managing Client-Server Configuration Management. He has been a key note speaker throughout the 1990s and had written many white papers and presentations on Enterprise Engineering. Additionally, he taught classes at Washington University in St. Louis and St. Louis Community College in Business Modeling, Systems Analysis and Design, File Design and Processing Methodologies, and Logical Methods. Mr. Jamison is currently retired but has over thirty-seven years of Executive Management and hands-on technology experience. He has authored two patents as a Civil Engineer (a new style crossbuck sign and a new spring frog for turnouts). As a Vice-President of Enterprise Engineering, he has consulted to many large corporations and federal and state agencies performing business analysis (business assessments) and enterprise engineering implementations. Mr. Jamison is a decorated Vietnam veteran, a past member of the 82nd Airborne Division. In addition, Mr. Jamison is bilingual in English and German.