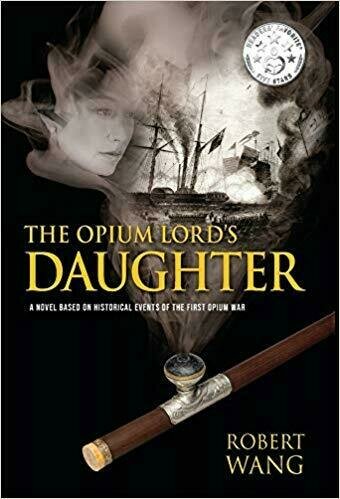 
Book Synopsis: A must read for fans of Shogun, Downton Abbey, Outlander and other sweeping tales rooted in history!

Honoring the tradition of noted historical fiction writers such as Ken Follett, Philippa Gregory, and James Clavell, The Opium Lord's Daughter artfully weaves true events and characters into the narrative, offering the reader a selective glimpse into a world populated with:

Lady Su-Mei, the eponymous protagonist, valiantly resists her wealthy and powerful father--one of the largest opium traders in mid-19th century China--who attempts to force her into the barbaric practice of foot binding.

Her defiance sets in motion a series of events, forever altering her fate, as well as the fates of those she holds dear. Throughout the course of the story, Su-Mei and her loved ones experience:

The Opium Lord's Daughter is an expedition through the destruction of a culture, underscoring the hold and havoc drug empires continue to exert in society, even to this day.


Author Bio: Born in Japan and raised in Hong Kong before moving to the United States nearly 50 years ago, Chinese-American businessman and entrepreneur Robert Wang, being both bicultural and bilingual, has a first-hand perspective of both Asian and Western cultures and their entwined history.

Since he first learned as a schoolboy how this original "drug war" formed the basis for modern Chinese politics and history, Wang had been fascinated by this pivotal period, which became the catalyst determining how modern China has been shaped--and hindered--by Western colonization.

Even after settling in the United States, starting a family and becoming a successful entrepreneur and a pioneer in the aerospace industry, Wang remained an ardent Sinophile, fascinated with the lessons and impact of the Opium War and its aftermath. This passion only grew as Wang took note of the modern parallels--particularly the current opioid crisis--that echo similar events and actions from this earlier period.