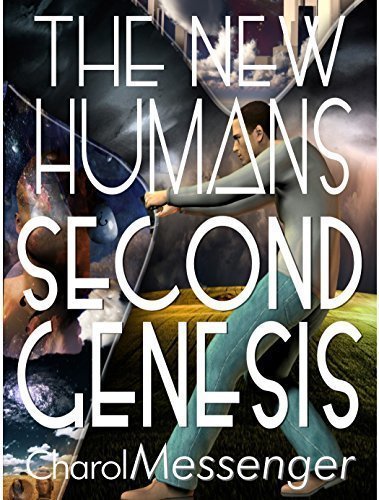 Book Synopsis: The Future Is Now

The long-awaited Book 2 of the multiple award-winning The New Humanity  Series, The New Humans: Second Genesis takes us further, into predictions ”for this century and the next millennia of humanity 's leap in evolution.

The New Humans are solvers, in service to improve others ' lives. They are inventors, scientists, engineers, researchers, protectors, physicians, teachers, artists, healers, humanitarians, visionaries, innovators, intuitives ”bringing us new treatments and new answers in science and technology, economy and education. They care for the children, the seas, the oceans. They are alive with an inner awakening, to live for the good of all.

Humanity 's transformation has been unfolding since the 1970s, with activated dormant DNA, a genetic code seeded into us from the beginning, as humanity is a unique species with our own lineage. We are now in the onset of a human species upgrade.

Cosmic changes include transmuted time (faster), merging of third and fourth physical dimensions (a dimensional shift, a more refined energetic frequency/vibration, a change in the magnetic resonance field), ability to translate  from one place  to another with interdimensional collaboration, and extraterrestrial contact.

Though all about us is in chaos, we are actually in a magnanimous shift. The new Cosmic Age commenced September 22, 2011 at the autumnal equinox, and we are now in the first full years of this Age of Compassion,  which lasts 26,500 years.

Over this century and to 3500 A.D., the human species is in an evolutionary leap to a fully energized brain capacity, as well as a transformation of cultures, with a recognition of needing to abolish barbaric practices.

We are in a collective shift of intention “to protect all under our care. This new Cosmic Age is An arising of the child. 

Author Bio: Futurist and global visionary Charol Messenger activated into Higher Self consciousness during a spontaneous awakening to cosmic consciousness and oversoul merge in 1975.

A spiritual revealer attuned to the undercurrent hum sweeping through humanity, Charol has helped over 65,000 individuals through her Higher Self books, blogs, classes, tweets and 20,500 spiritual soul readings as a Higher Self clairvoyant.

A certified lightworker (1990), certified clear channel of Ascended Masters and the Spiritual Hierarchy (1983), and messenger of her oversoul and Angels of Serendipity, in the Messenger books Charol is revealing Higher teachings on spiritual development, the new millennial spirituality, Higher Self integration for everyday life, understanding the inner voice, communicating with the angels, and humanity 's spiritual transcendence and long-foretold evolutionary transformation ”that is happening right now. Humanity is in transcension. We are in it, now.

Founder of the Books for Iraq charity (2004-05) and international newsletter Global Citizen (1987-88), Charol has a B.A. in English, philosophy, and world religions from the University of Colorado (1985). She is also an award-winning book editor. She lives in Colorado with her Yorkshire Terrier.