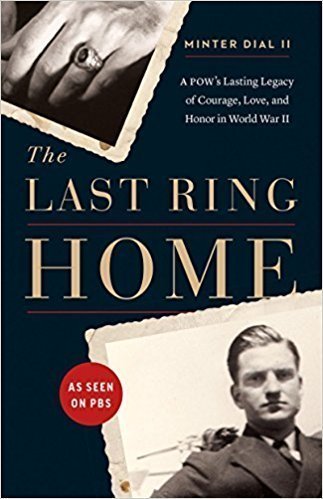 Book Synopsis: Traveling forty thousand miles and inspiring love and despair in equal measure, Lt. Minter Dial's lost Annapolis ring altered the lives of many not just those who gazed upon its blue stone. The Last Ring Home is a spellbinding account of one man's obsession with a family mystery and the product of decades of research and inquiries. The book relates author Minter Dial's pursuit of the true story of his namesake, his late grandfather Lt. Minter Dial, USN, a celebrated war hero whose suffering and trauma nearly buried his memory forever. A prisoner of the Japanese in the Philippines after the fall of Bataan and Corregidor, Lt. Dial discovered the cruelest meaning of the Bushido code. Moments before he was killed, he gave his treasured Naval Academy ring to a friend. In the ensuing chaos, it disappeared. Armed with a passion for history and a desire to uncover his grandfather's legacy, Dial's epic quest for the ring transports him to prisoner-of-war memorials and ex-POW conventions, military and press archives, and the homes of those affected by the Second World War across the world. Sweeping as far back as the American Civil War, The Last Ring Home combines rigorous research with more than one hundred interviews with experts, survivors, and descendants of the Greatest Generation to tell the powerful story of American prisoners of war in the Pacific.

Author Bio: Minter Dial is a professional speaker, storyteller, author and consultant, specialised in branding, new tech and digital strategy. He is the author of two books, the award-winning Futureproof (Pearson 2017) and The Last Ring Home (Myndset 2016), which was turned into an award-winning documentary film he produced and was shown nationally on PBS and History Channel. He's also authored a dozen white papers including The Brand University with Eric Mellet, and Marketing of the 5Es. Minter Dial is a repeat entrepreneur straddling a 16-year career at L'Oreal (MD Worldwide of Redken, MD of L'Oreal Canada Professional Products Division and ExCom worldwide of the PPD). He has also worked as investment banker, zoo manager and teaching tennis pro. Minter has given over 500 talks and seminars to audiences in five continents. He is passionate about the Grateful Dead, Padel Tennis and loves languages. Find him on Twitter @mdial.