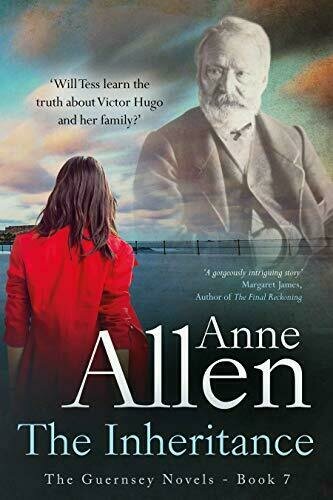 
Book Synopsis: How close were Victor Hugo and his copyist?

1862 Young widow Eugénie faces an uncertain future in Guernsey. A further tragedy brings her to the attention of Monsieur Victor Hugo, living in exile on the island only yards away from Eugénie’s home. Their meeting changes her life and she becomes his copyist, forming a strong friendship with both Hugo and his mistress, Juliette Drouet.

2012 Dr Tess Le Prevost, Guernsey-born but living in England, is shocked to inherit her Great-Aunt’s house on the island. As a child, she was entranced by Doris’s tales of their ancestor, Eugénie, whose house this once was, and her close relationship with Hugo. Was he the real father of her child? Returning to the island gives Tess a fresh start and a chance to unlock family secrets.

Will she discover the truth about Eugénie and Hugo? A surprise find may hold the answer as Tess embraces new challenges which test her strength – and her heart.


Author Bio: Anne was born in Rugby to a Welsh father and an English mother. As a result, she spent many summers with her Welsh grandparents in Anglesey and learned to love the sea. Now she is based in Devon to be near her daughter and two small grandchildren. Her restless spirit has meant many moves, the longest stay being in Guernsey for nearly fourteen years after falling in love with the island and the people. She contrived to leave one son behind to ensure a valid reason for frequent returns. Her younger son is based in London - ideal for city breaks ☺

By profession, Anne was a psychotherapist who long had a desire to write and Dangerous Waters, her first novel, was published in 2012. It was awarded Silver(Adult Fiction) in TheWishingShelfAwards 2012. Since then she has published six more books in The Guernsey Novels series; Finding Mother, Guernsey Retreat, The Family Divided, Echoes of Time- winner of The Diamond Book Award 2017, a finalist in Readersfavorite awards and granted a ChillWithABookAward, The Betrayal, and The Inheritance, published April 2019.