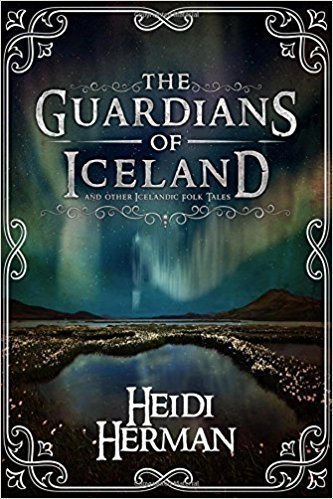 The Guardians of Iceland and Other Icelandic Folk Tales - Multicultural Fiction

Book Title: The Guardians of Iceland and Other Icelandic Folk Tales

Book Synopsis: Trolls and Hidden Folk are a part of daily life in Iceland. This collection of Icelandic folklore and legends comes from the days of the Vikings. The twenty-five short stories are centuries old and have been updated for today's readers of all ages. Children and adults alike will love to delve into this fantastic collection of traditional Icelandic fairy tales and legends. These short stories of trolls, elves with magical powers, and Hidden People have been passed down from generation to generation.

First written down a hundreds of years ago, the stories are now brought together and updated for a modern audience, so now you too can read about the trolls who freely roamed Iceland, the race of Hidden People with strong magical powers and of the four powerful beings who still protect Iceland from invaders to this day. Packed full of fascinating myths, this collection of folklore is a must for anyone wanting to discover a world of mermaids and mermen, giants, shape-shifting seals and dragons in disguise.

Author Bio: Heidi Herman is a native to Illinois with a proud Scandinavian heritage and close ties to Iceland. Her mother is a native of Iceland, who met and married a US serviceman who was stationed in Reykjavik during WWII. Heidi grew up with stories of brave fishermen, mischievous trolls and adventurous Vikings. She once insisted to her elementary teacher that Leif Ericsson, not Christopher Columbus discovered America and that the history books were wrong. She began writing children's books in 2013, focused on Icelandic culture, history, and mythology. Her first book was the Legend of the Icelandic Yule Lads, the story of Iceland's Christmas Trolls.