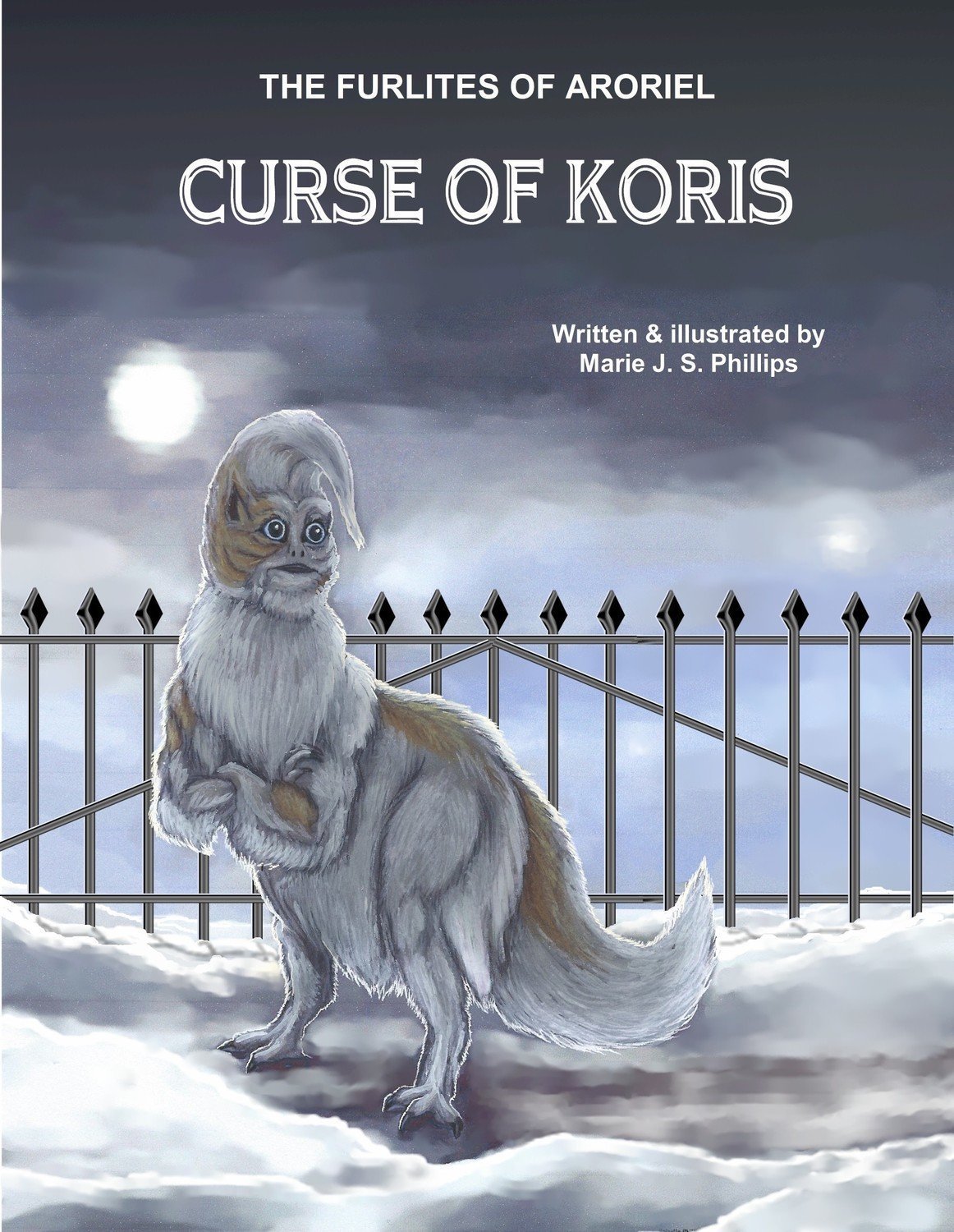 Full Book Title: The Furlites of Aroriel: Curse of Koris

Book Synopsis: In this complimentary novel to THE FURLITES OF ARORIEL series, young Kutius and his parents move to the small town of Gabbruss in the State of Burstal, a place very different from the open farmlands he grew up on. Upset and angry, the youngster hates his new hometown, and hates new classmate, Murkuria of Clan Darius. She stows aboard her Clan's starship, disappearing from his life. Kutius, despite the bias against who he is, improves his life, leaving the musty home he abhorred. He finds peace in the city of Astrolis, until the Starship, thought lost, returns, carrying back into his life the girl he despises. His hatred rules him, and he connives to hurt her, her Clan, and the Felakoon abominations she brought home. He leaves the city, angry and anguished, but as he travels to escape his old life, a new one opens to him, and, despite the trials, proves to be full of extraordinary surprises. His only thought, when will that Darius girl drop in and ruin his life again?

Author Bio: Born in 1957, in Huntington, on Long Island, I've been driven by an insatiable love of writing, art, and the sciences since very early childhood. My love of animal tales fueled my desire to write, always manifesting in stories from the non-human point of view. I invented my very first character at six years old, creating picture books with a tree as the main protagonist. I included, on the inside covers, my very own publishing logo, complete with rainbow and shining sun! Back in my senior year of High School, one of my teachers, Mr. O'Connor, lent me a copy of The Fellowship of the Ring, which changed my reading and writing life forever, driving me into the unique and futuristic world of Fantasy/Science Fiction. In college, I majored in Art and Earth Sciences, where inspiration fired my vivid and eccentric imagination, planting the seeds for my Furlites of Aroriel novels, Over the years, I honed the complex world of this alien family saga. My husband's love and support over the decades proved invaluable, since his scientific knowledge and expertise quickly surpassed my own, once we graduated high school, went off to college, and entered the working world. With his help, and that of my mentor, David Ayscue, who passed away in 2010, I completed the first two of these books, On Matissia Wings, and, Earth-bred Matissia-born,which are now available. Other tales are in the works, including the third book in this series called EYES IN THE DARK, CURSE OF KORIS, and FURLITIAN TALES, a book of shorter tales featuring other characters in the prior books. I dabbled with another tale many years ago, using my Khan as a character, when my big Maine Coon became seriously ill. While battling Khan's insidious disease, I completed the story, which took on deeper impact far beyond my intended feline fantasy yarn. KHAN: A Maine Coon is the result, a biography of his life, with fictional elements, written from his point of view. My special furbaby's bit of immortality has collected mostly 5 star reviews in this short time. THE WHITE DRAGONS OF SUVWILUR and OTHER STORIES, is a collection of fantasy /science fiction tales from the point of view of many characters, from an Appaloosa Pegasus, a white furry Dragon, and others, including a Collie /Human hybrid created by genetic manipulation by aggressive aliens. In OLD GENT, I return to those very roots of my writing career, penning the true tale of our beloved ancient Norway Spruce tree and his sapling son, done from the trees' point of view, reminiscent in style to my KHAN: A MAINE COON, and, an older tale I read as a child called BIG TREE. OLD GENT is now available!. One of my favorite hobbies has been collecting, showing and customizing model horses. This hobby spawned a set of stories I call THE SECRET LIFE OF MODEL HORSES and soon, Volume One will be read to publish! CURSE OF KORIS, a Furlites of Aroriel novel, is also available! I have begun work on MAINE COON KAI, the story of my gigantic beautiful red tabby Maine Coon's life, in much the same style as KHAN: A Maine Coon. Both books immortalize two wonderful Maine Coon cats that graced my life, who left behind treasured memories, and love that never fades. Owned by four cats, three of which are Maine Coon cats, I live with my husband in the rolling hills of northwestern Connecticut.