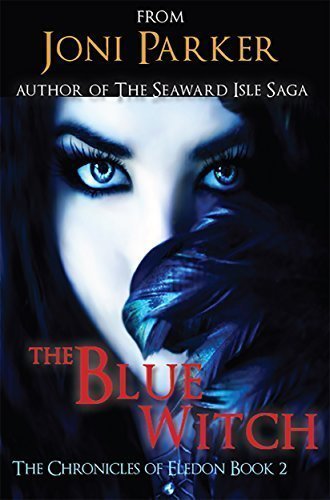 Book Synopsis: Lady Alexin finds the mortal world far from what she 'd imagined, and the mortals are less than hospitable. Trouble abounds when King Arthur accuses Alex of being the œBlue Witch  and sentenced to die for treason. In addition, the mysterious death of one of Arthur 's courtiers by seemingly magical means complicates her situation. Back in the Elf World of Eledon, trouble brews as civil unrest and the threat of war demands Alex 's presence to assume her responsibilities as Keeper of the Keys for the Council of Elders. Only too glad to escape the noose, Alex executes a series of quests to prove her abilities to handle the keys and their strange magic. But can she save the Elves from Civil War? And commute her own death sentence by finding the Holy Grail?

Author Bio: Joni currently lives in Tucson, Arizona, but she was born in Chicago, lived in Japan, graduated high school in Phoenix, and got married in New Jersey. Not only was she married to a career Navy sailor, but she also completed 22 years of active duty service herself. She holds a bachelor 's degree in accounting, an MBA, and a Master of Military Arts and Sciences (MMAS) from the U.S. Army Command and General Staff College. After her husband passed away, she returned to the work force at the Department of Homeland Security until she discovered her love of writing. She retired again and has published two series, œThe Seaward Isle Saga,  a three-book series, and œThe Chronicles of Eledon  with œSpell Breaker (2016 Book Excellence Award finalist),  œThe Blue Witch (2017 Book Excellence Award finalist)," œGossamer,  and œNoble Magic. 