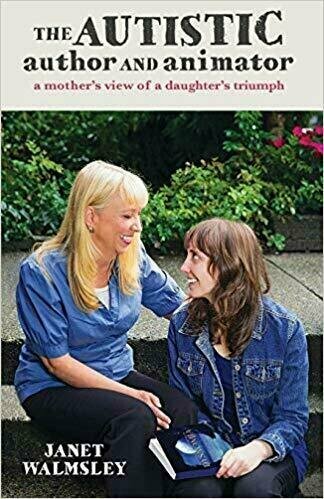 The Autistic Author and Animator - Non-Fiction

Book Synopsis: Janet's daughter, Jenny, was diagnosed with autism, faced many challenges on the way to reaching her dream of being a professional animator and published author. This heartfelt story relays the importance of perseverance, courage, and strength within a mother-daughter bond as their journey intertwine-revealing a mother who was her daughter's rock right from the beginning and did everything in her power to help her daughter see the light at the end of a dark tunnel. It is a striking narrative !

Author Bio: Janet was born & raised in Manitoba, Canada. A mother to her son Chris & daughter Jenny, she is a Nana to grandsons, Maverick and August. Janet has an active career in acting in Theater, Film, TV, Commercials and Voice Over. At the the 6th Annual Indie Awards in LA Janet was nominated for Best Supporting Actress for a Comedy Category. Janet went on a mission to support Jenny & autism awareness. Janet worked tirelessly alongside health care professionals to provide every support for Jenny!