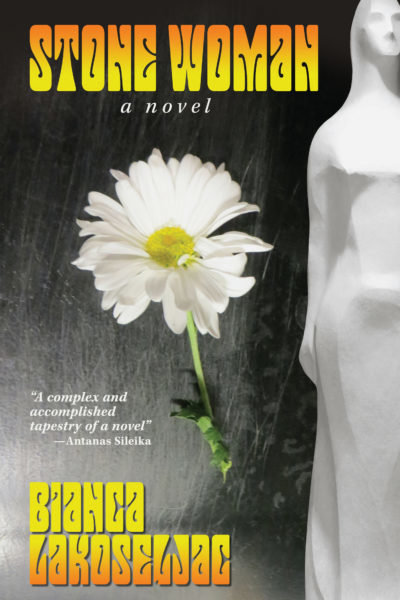 Book Synopsis:Bianca Lakoseljac is an award-winning author of two novels, Stone Woman (2016) and Summer of the Dancing Bear (2012); a collection of stories, Bridge in the Rain (2010); and a collection of poetry, Memoirs of a Praying Mantis (2009). She holds an MA in English Literature from York University, and has taught at Humber College and Ryerson University in Toronto.
In addition to winning the Book Excellence Award 2017 for Fiction, Bianca is the recipient of the Matthew Ahern Memorial Award in Literature at York U. She also won the Instant Hook Contest 2016/2017. Bianca is past president of the Canadian Authors Association, Toronto. She was the Open Book Writer in Residence for November 2016. She is the Writers Union of Canada’s liaison for the National Reading Campaign, and has judged literary contests such as the National Capital Writing Contest, the Canadian Aid Literary Award Contest, the Dr. Drummond Poetry Contest, and has served on panels for the Writers Union of Canada and the League of Canadian Poets (novels, short stories, poetry).
Her writing has appeared in journals and anthologies such as Canadian Woman Studies, York U; Migrating Memories: Central Europe in Canada; and 50+ Poems for Gordon Lightfoot.
Bianca has been a featured author at literary festivals such as the Stephen Leacock Festival in Orillia, Word on the Street in Toronto, and the Blue Met International Festival in Montreal. Giving author talks and lectures at libraries, authors’ festivals, and book clubs is her way of connecting with readers and giving back to the community. She has been holding successful book signings at various bookstores Canada-wide including in Toronto and vicinity, Ottawa, Kingston, Calgary, Edmonton, Banff, and St. John’s.
Bianca divides her time between Woodland Beach on Georgian Bay and Toronto. She is currently working on another novel set in Toronto. www.biancalakoseljac.ca

Author Bio:Stone Woman is a novel about Blossom’s family of five women, whose lives are bound by a Vietnam War draft dodger David, immersed in the Yorkville subculture of the 1960s hippie daze of Toronto. The story draws the reader into a web of liaisons—David’s love affair with Blossom’s mother Liza, his covert dealings with her friend Anna, as well as the mysterious Helena. The intrigue culminates in the convergence of their loves and tragedies, and quests for social and cultural change inherent in the tumultuous milieu of the 60s Toronto. The story is brought to the present through the lives of the women’s daughters who discover that their family secrets have been sculpted—literally—into an art form that imparts a sense of homecoming and alludes to a more hopeful future.