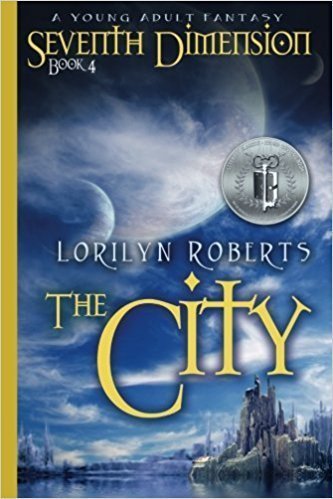 Book Synopsis: Seventh Dimension -The City pits occultism against Christianity in an epic battle between good and evil. Where time is an illusion and world travel only a stargate away, the conflict takes on an even more sinister reality in the seventh dimension against the backdrop of 33 A.D.

Shale and Daniel, young adults in search of Daniel's father, discover the apocalypse has begun. As the battle rages from Jerusalem to Shambhala, glimpses of the netherworld take center stage. Powerful people want Shale's ancient scrolls and will stop at nothing to find them. Shale and Daniel will do everything to protect them, but at what cost to themselves and their families?

Author Bio: Lorilyn Roberts is an award-winning Christian author who writes for the young and the young at heart.

When not writing books, Lorilyn provides closed captioning for television.

Lorilyn is a single mother by choice. She adopted her two daughters from Nepal and Vietnam. Read her award-winning memoir, Children of Dreams, endorsed by New York Times best-selling author Jerry Jenkins, and be inspired.

Lorilyn has been a speaker at various events and functions, including women's groups, adoption support groups, and writer workshops. She is the former president of the Gainesville Chapter of Word Weavers International.