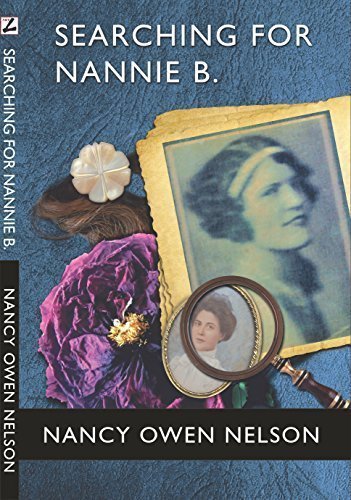 Book Synopsis: The author's maternal grandmother, Nannie B Russell Chandler, died on July 12, 1905, one hour after birthing Nelson's mother, also named Nannie B. For her entire life until her death in 2001, the second Nannie B carried the burden of guilt about her mother's death, a burden that exacerbated her sense of not belonging.

Through online research and work with a local genealogist from New Hope, Alabama, the author was able to locate her grandmother's grave, among other members of my family, in the Primitive Baptist Church of New Hope. Her mother had told her for years that her parents were Primitive Baptists, but she knew nothing about this faith.

Nelson planned a research trip to Alabama in June 2012 to find her roots. Her findings led to many discoveries about her family and about herself. This journey into her religious and historical (Confederate) roots put the author's dislocation in a different perspective. Subsequent research and travels, and interviews with a third cousin, Helen, who knew stories about my grandmother, allowed the author to write this memoir.

The memoir became the journey itself. Perhaps the greatest revelation was the realization by Nelson that she was carrying in her body the burden of both her mother's grief and her grandmother's trauma at her death. Other than a genetic predisposition to depression, Nelson no other explanation as to why she fell into deep pits of darkness for long periods. Discovering epigenetics, the scientific notion that trauma and experience can be carried for two generations as a part of DNA, allowed the author to release the burdens of the past

Author Bio: Nancy Owen Nelson has published poetry and creative nonfiction in journals and anthologies. As an academic, she has edited or co-edited three academic books and has also published several articles in journals and anthologies. She has taught college composition since earning her PhD from Auburn University. She published her memoir, "Searching for Nannie B" in 2015. Her first poetry chapbook, "My Heart Wears No Colors," is scheduled for publication in late 2018. Nelson continues to write and teach memoir workshops and college English.