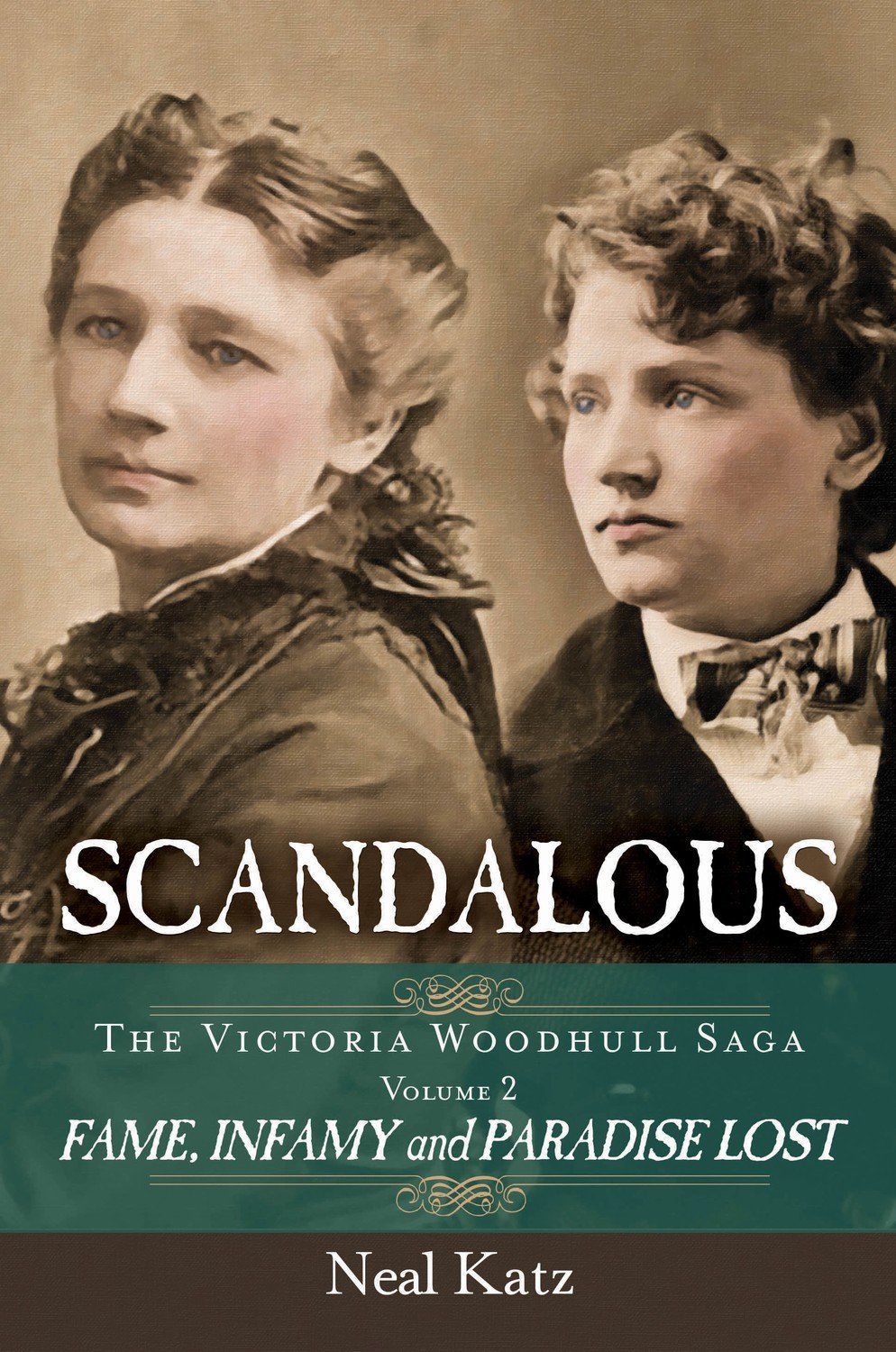 Book Synopsis: Set in and around New York City in the early 19th Century, Victoria Woodhull and sister, Tennessee Celeste Claflin take the city by storm as they challenge morality, fashion, economics, social justice, and equal pay for equal work. Leveraging their wealth as the sisters become famous on the lecture circuit, they fight for women's rights, suffrage and enter into the political arena as Victoria is nominated by the American Equal Rights Party to run for President of the United States and Tennessee runs for Congress. In this rags to riches saga, the reader experiences Historical Fiction at its best. Filled with facts, articles, and actual speeches by some of the most prominent figures of Victorian America, like Elizabeth Cady Stanton, Susan B. Anthony, Reverend Henry Ward Beecher the Most Famous Man in America, Cornelius Vanderbilt the Richest Man in America, J. P. Morgan, Frederick Douglass, Karl Marx, among others, the course of events lead to the Trial of the Century, and retribution. Scandalous engages the reader as the strong female leading characters change the course of history in America at enormous personal and financial expense. Scandalous is Volume 2 of The Victoria Woodhull Saga. Volume 1, Outrageous: Rise to Riches earned twelve awards and high acclaim.

Author Bio: Neal Katz has had a fascination for history since he studied the Civil War in high school. He recalls being impressed by his instructor, Examining history presents the opportunity to witness and understand that historical events are multidimensional with numerous points of view and differing motivations by the players they are a complex composite picture not just a snapshot in time. Believing that the greatest untold story is the horrific treatment of women historically and even now, Neal was drawn to Victoria Woodhull's story. Having himself experienced the taboo of maternal sexual abuse, Neal has a passion for the injustice of how women have been treated and now is motivated to protect women because he was not protected. And like Victoria and her sister Tennessee, he has risen above the trauma and heartbreak to become successful in many endeavors. With the rise of the #MeToo movement, Neal unashamedly shares, I write about the sisters because it is personal. I, too, suffered from sexual child abuse; I too channeled my anger to achieve economic success; I too made manic decisions driven by previous hurts and compromises; I too suffered losing everything and incarceration for trying to change the world for the better. While feminism is often a topic involved in discussions about his writing, Neal fundamentally believes that before gender, race, religion, pigmentation, nationality or anything else, we are just human beings and we should all treat one another the way we want to be treated. Women, in particular, have been mistreated long enough.