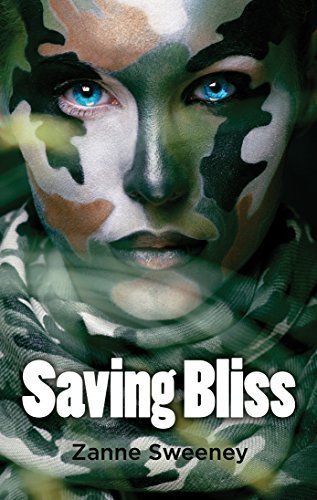 Packed with action, intrigue, genuine passion, espionage, and dangerous secrets. A story that is assured to having your heart racing and melting.

Bliss Allen knows everything about computers and nothing about men, or anything else considered socially normal. She's a loner living with a severe eye sight disability which forces her to wear thick eyeglasses that have made her the butt of too many jokes. Despite her low self-esteem and other tragic blows dealt Bliss has dealt with, she doesn't let life pass her by. She becomes an Army Cryptologist and is thrilled to serve her country. Her only fear is if someone were to learn her secret. A secret she's been harbouring her entire life.

Conner Doherty is Special Forces, career military and a seasoned team leader. His job is his life. The first time he saw Bliss she was a gawky teenager, but the girl could play a mean video game, and Conner loves his video games. His second indulgence is that he allows himself an occasional hook up. He's unlike his brother and his best friend who actively pursue women. Conner doesn't need to play that game; women desire him, and they are not shy about it. They come to him and he delivers everything they crave; except a second date.

Years later, home from Afghanistan to train for a new mission Conner sees BLiss again, but now she's all grown up.There is something so unique about her, but she's his little sister's best friend, his video gaming buddy, and there is no way he should be thinking of her the way that he is.

How does one pragmatic, naive Lieutenant make him question all he's ever known? His brother begs him to leave her alone and his best friend tells him to get her out of his system with another woman.

Bliss expects Afghanistan to be dangerous, she is prepared for the worst; or so she thought. Something is off, she's not fighting ISIS anymore. Conner lives from mission to mission and there is no room for error. His team is his extended family and his biggest fear is losing one of them. He needs to keep them safe, they are his priority, but she needs him too.

His head says to walk away; his heart says to Save Bliss.

This book is for mature readers.

Author Bio: Zanne Sweeney is a mother, wife and teacher who spends time in New Jersey and South Carolina. Many of her books are set in areas that are near and dear to her; Vermont, New Jersey, South Carolina, and the West; Colorado, Montana and Wyoming. When Zanne isn't teaching and coaching she spends her time writing, reading,watching sports, or making pictures. She loves creating stories with characters that readers can identify with. The greatest compliment she says is when a reader tells her they couldn't put her book down.