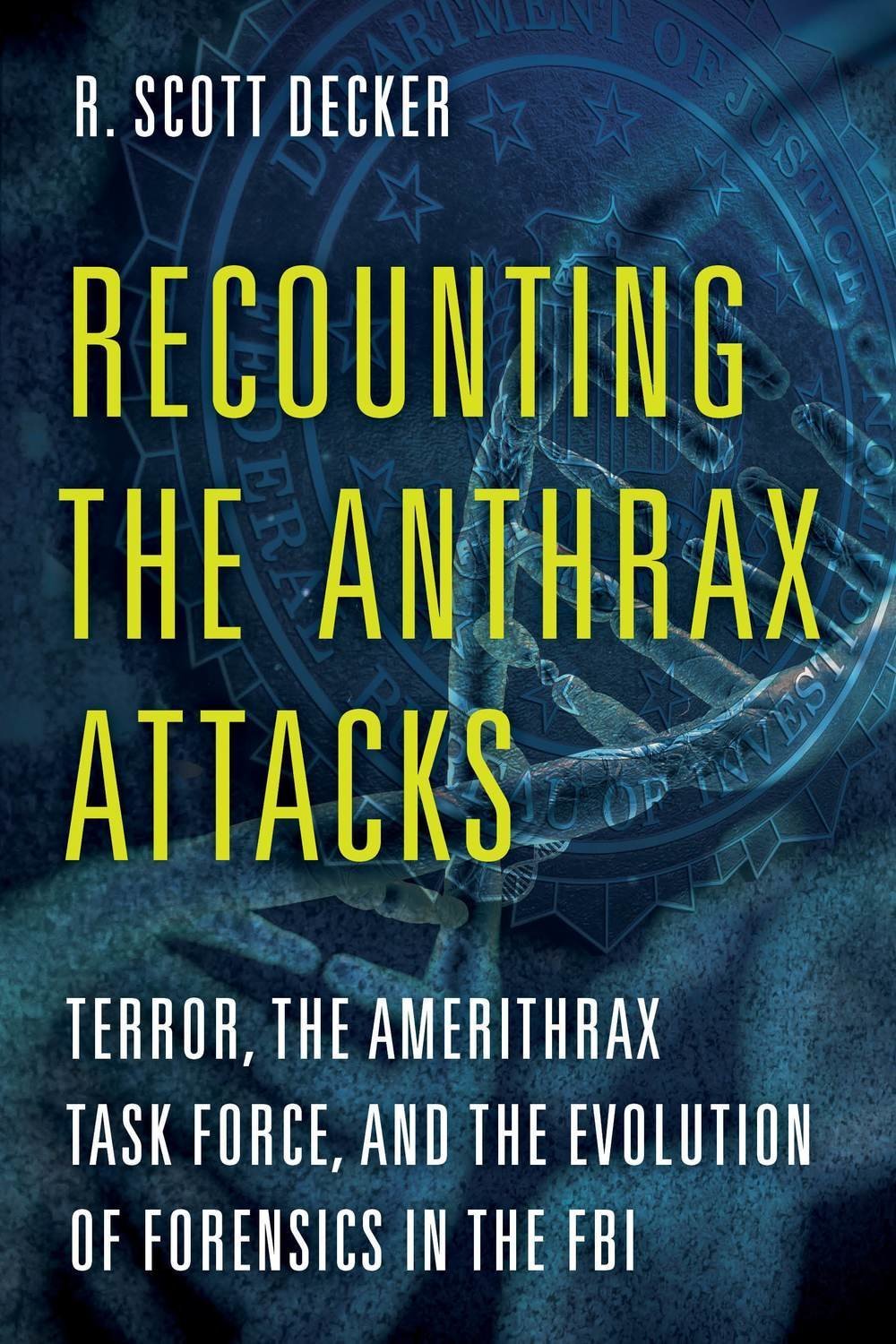 Recounting the Anthrax Attacks: Terror, the Amerithrax Task Force, and the Evolution of Forensics in the FBI - True Crime

Full Book Title: Recounting the Anthrax Attacks: Terror, the Amerithrax Task Force, and the Evolution of Forensics in the FBI

Book Synopsis: It was September 18, 2001, just seven days after al-Qaeda /hijackers destroyed the Twin Towers. In the early morning darkness, a lone figure dropped several letters into a mailbox. Seventeen days later a Florida journalist died of inhalational anthrax. The death from the rare disease made world news. These anthrax attacks marked the first time a sophisticated biological weapon was released in the United States. It killed five people, disfigured at least 18 more, and launched the largest investigation in the FBI's history.

Author Bio:: R. Scott Decker joined the FBI as a Special Agent in 1990 and was first assigned to the Boston Division's Bank Robbery Task Force. In 1997, he became the fourth member of the FBI's new Hazardous Materials Response Unit. On September 12, 2001, he led a team of FBI Hazmat Officers to Ground Zero where they established a command post at the edge of the destruction. He returned from New York to head up a squad of agents all with advanced degrees in science in Washington, D.C. and coordinated the evolving forensics of the 2001 anthrax attack investigation. Decker retired from the FBI in 2011. His first book, "Recounting the Anthrax Attacks Terror, the Amerithrax Task Force and the Evolution of Forensics in the FBI," released in April 2018.