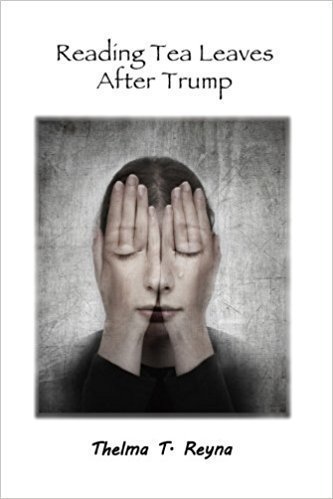 Book Synopsis: In 2016, American politics were upended. For the first time in U.S. history, a woman almost became president. Instead, for the first time, a billionaire with no governance or military experience, a deconstructor of the State, as he described himself, won the November election. Political analysts declared that Donald J. Trump captured the White House largely through his ability to harness people's fears, mistrust, economic frustrations, and anxieties about the direction our nation was headed. But a year after his election, for millions of Americans, anxiety persists and new fears have arisen. What are the backstories of these people and the upheavals facing them? In this collection of poetry and fictional prose, national award-winning author Thelma T. Reyna explores President Trump's effects on the nation. Speaking in the voices of constituents on both sides of the political aisle, Reyna weaves factual public reports with real and imagined characters to give a reality-based context to the emotions, opinions, fears, hopes, and dreams of Americans in the pivotal first year of the Trump presidency.

Author Bio: THELMA T. REYNA, Ph.D. Thelma T. Reyna's books have collectively won 14 national literary awards. She has written 5 books: a short story collection, 2 poetry chapbooks, and 2 full-length poetry collections, including her latest release, Reading Tea Leaves After Trump (2018). Her fiction, poetry, and nonfiction have appeared in literary journals, anthologies, textbooks, blogs, and regional media for over 25 years. As Poet Laureate in Altadena, 2014-2016, she edited the Altadena Poetry Review Anthology in 2015 and 2016. She was selected as a Top 10 San Gabriel Valley Poet, 2016 by Spectrum Publications and was a Pushcart Prize Nominee in Poetry in 2017. Learn more about Thelma at www.AuthorThelmaReyna.com