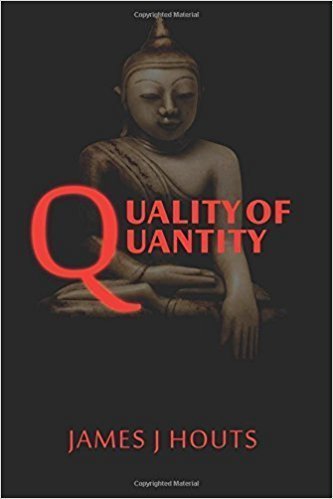 Book Title: Quality of Quantity: Redemption of an American Expatriate

Book Synopsis: Quality of Quantity: Redemption of an American Expatriate is Steven 's story. A wealthy retired œboomer,  Steven remembers and judges his life of international travel, libertine excess and emotional isolation. Since his twin sister 's molestation when they were ten, Steven has blamed himself for not protecting her. Years as an American expat in Asia enable him to use alcohol and sex to patch over the wounds in his psyche. But when a sudden corporate merger requires his repatriation to an America he finds alien and unfamiliar, Steven finally connects his libertine lifestyle to the exploitation he abhors.

In remembrances that explore male-dominated cultures from Death Valley to Honolulu, New York to Shanghai, Prague to Rio de Janeiro, Steven recalls his lifelong struggle for emotional intimacy with women. Finally abandoning his decadent and narcissistic lifestyle, he finds redemption in Eastern philosophy.

The Buddha was a teacher, not a god. He didn 't preach about heaven or hell or devils or deities. His lessons didn 't preclude those things, but they didn 't require them either. He showed us a way to live that avoids the pain of being human. Steven 's life is a recital of pain. A scientist, he believes, as quantum physics proves, there is a finite probability of walking through a wall, but he understands that believing makes it no more likely. So it is with Buddhism; believing, even living the doctrine of enlightenment is not the same as Enlightenment.

Albert Einstein explained all moments in time exist simultaneously, the separation between past, present and future only an illusion. His twentieth century discovery was a basic concept taught by the Buddha twenty-five hundred years earlier. Timeliness: past, present, future are concepts of a brain conditioned to the senses. It is an illusion that flourishes in the œignorance  that prevents the mind from seeing its own process.

Modern astrophysics reveals that we are all stardust, creatures comprised of atoms formed in the repetitive process of creation and destruction. The Buddha explained that a mountain lasts longer than a flower, but is no more permanent. The belief that nothing lasts is basic to Buddhism. This is the fundamental truth about reality. It is our misconception that we are separate from the impermanent universe that permits our pain.

Author Bio: James J. Houts was born in a remote region of California 's Mojave Desert. A natural wanderer, he has traveled extensively, living and working in many cultures. During his long career as a chemical engineering consultant, he lived in California, Hawaii, and as an expatriate in the Republic of the Philippines. He has managed projects throughout the globe, spending years in Southeast Asia and the People 's Republic of China, where he learned to speak Mandarin Chinese. Educated in Southern California, his scientific research in electro-analytical chemistry has been published in The Journal of the American Chemical Society. His books include Carnival of Cannibals, Spirit of Error, Reminiscences of a Stock Market Flea, The Stock Market Flea: Trading the Crash of 2008, and The Stock Market Flea: Lessons from the Front. The author currently resides in Los Angeles, where he writes and trades the Options market.