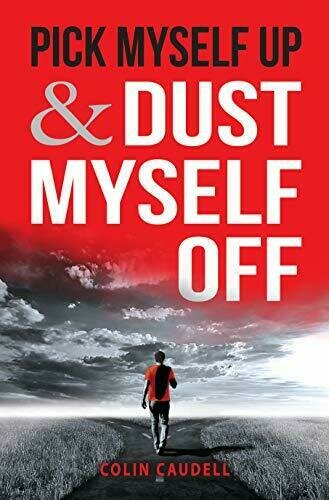 Pick Myself Up & Dust Myself Off - Autobiography

Book Title: Pick Myself Up & Dust Myself Off


Book Synopsis: Long before Colin Caudell’s wife was killed violently at. road works, he had a story to tell. As a young man faced with adversity, he charged on to become a businessman and a state politician. Corruption, skulduggery and intrigue eventually set him on a new course.

Despite some critical setbacks Colin managed to pick himself up and dust himself off. Life was wonderful…until the fateful day he witnessed his wife of thirty-five years, disappear into a cloud of dust. The tragedy engulfed his body and soul. As he struggled with Post Traumatic Stress Disorder (PTSD), Colin embarked on a journey toward mental recovery.

Prior betrayal and mistrust heighten Colin’s resolve as he battles with politics, government agencies, and the legal system, to change the law and improve safety of road workers all over the world.

Colin Caudell was born in Brisbane in 1949. He attended Cavendish Road State High School where he captained his schools debating team and represented his school in the 1967 "Youth Speaks for Australia" competition. Colin Caudell went on to become the Terminal Manager for ESSO Oil Company in South Australia. In 1990 Colin was elected to his local council in Adelaide and in 1993 he became a Member of Parliament in South Australia State seat of Mitchell. After politics, Colin Caudell was the Managing Director of Thrifty Car Rental South Australia. On return to Queensland in 2005 he worked in the real estate industry. In 2012 he travelled Australia working as a traffic controller. His wife passed away in 2013 and he remarried in 2018. In August 2019, Colin Caudell published a book "Pick Myself Up & Dust Myself Off", a story of his life.