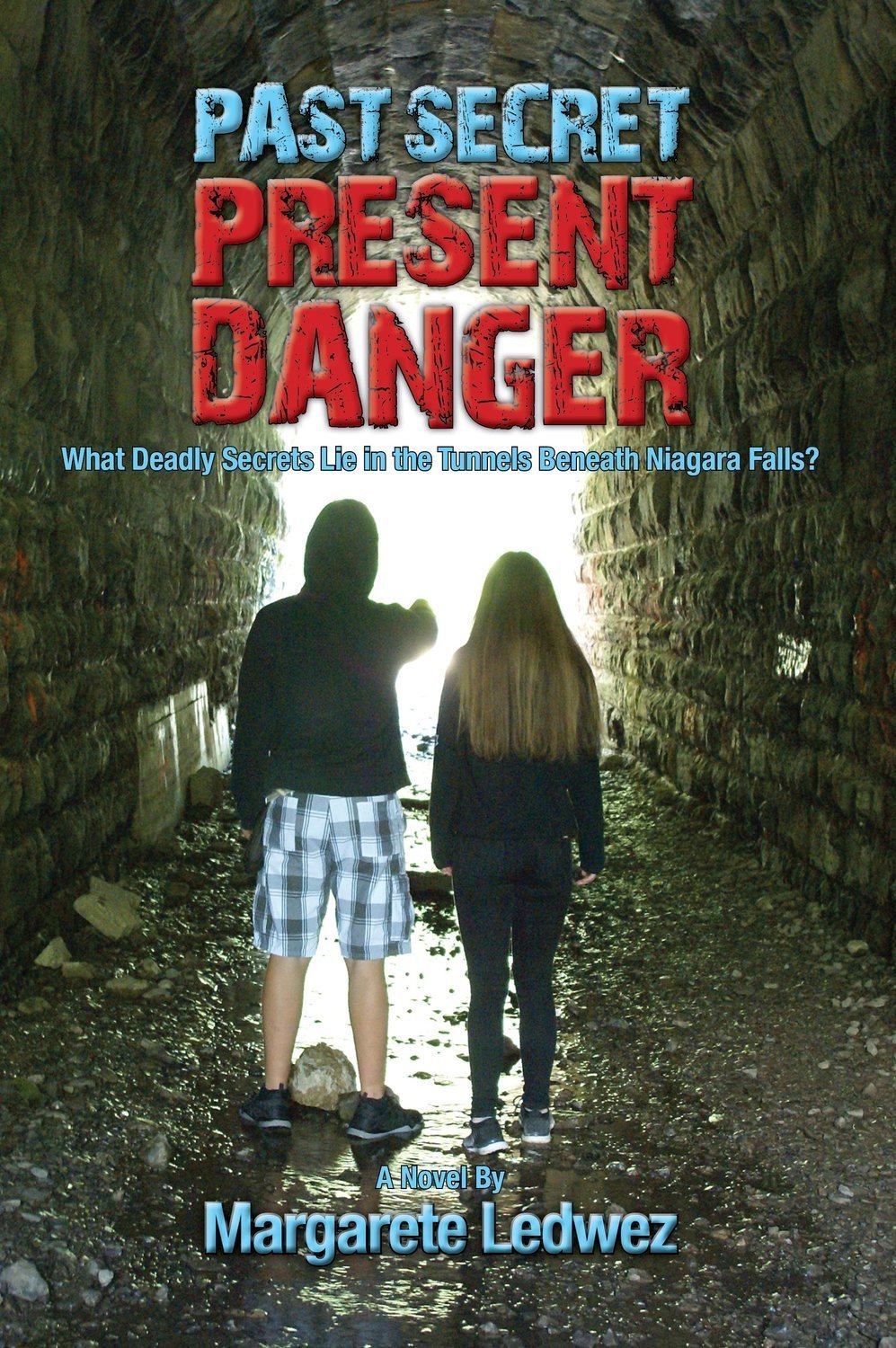 Book Synopsis: Past and present collide in this fast moving action adventure story set against the backdrop of one of the world's busiest and most awe-inspiring tourist attractions. SECERT PAST PRESENT DANGER is the story of Josh, a teenager who finds himself in the long forgotten and now secret tunnels of Niagara Falls. Horrific events from his family's murky past are threatening to destroy his future. Will Josh's detective skills inherited from watching his father solve crimes be enough help him to unravel his family's dark past? What conspiracies led to his grandmother's death? What dark secrets has his grandfather concealed for so many years and what happened at the Niagara Power Station? He wants to share his fears but knows not who he can trust should he involve his friends any more than they are already involved? The answers to all these questions fall into surprising places at the end of this tale.

Author Bio: Margarete Ledwez was born in Germany, emigrating to Canada with her parents and brother when she was just a year old. She quickly developed a longing to create, which eventually manifested itself in her writing. Growing up in St. Catharines, Ontario, she became fascinated by the tunnels that had been used to hide slaves as part of the Underground Railroad and later by bootleggers during Prohibition. While she and her husband were raising their own children they lived in Niagara Falls, just 5 kilometers from the celebrated Screaming Tunnel. Her curiosity was once again piqued when she discovered the myths and legends surrounding the many tunnels under the famous falls, and when writing Past Secret Present Danger, she drew from her knowledge as well as her belief that there could be many more tunnels yet to be discovered. Past Secret Present Danger is Margarete Ledwez's first novel. She lives in St. Catharines, Ontario with her husband, Harry.