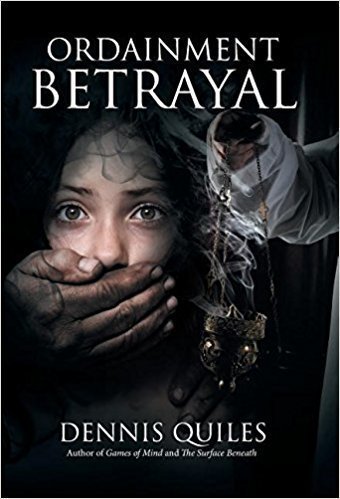 Book Synopsis: Jack Steele is an ex“naval intelligence officer turned private investigator who has just proposed to his girlfriend, Martha, over dinner when he sees frightened boy running toward him outside the restaurant. Martha steps in to protect the kid from the two men in pursuit, a gun battle ensues, leaving Jack's Martha dead on the sidewalk. While Jack grapples with the ramifications of her tragic death, he is unwittingly pulled into the dark world of human tracking at the hands of an Albanian mob doing business near Lake Michigan. Looking for answers, Jack partners with a Chicago police detective to learn about the organized crime culture and together develop a plan to stop, track and free their victims before they are sold on the black market. As Jack puts his life on the line, he must battle the powerful Catholic Church and stop the cunning exploits of a deranged pedophile priest who believes he is doing God's work by turning children into little angels.

Author Bio: Dennis Quiles earned a bachelor's degree in criminal justice and a master's degree in business administration. A US military veteran and an accomplish professional of the protection business; he is the director of corporate security for one world's largest multinationals corporations. Quiles and his wife have three children and currently live in Illinois. Ordainment Betrayal is his third book.