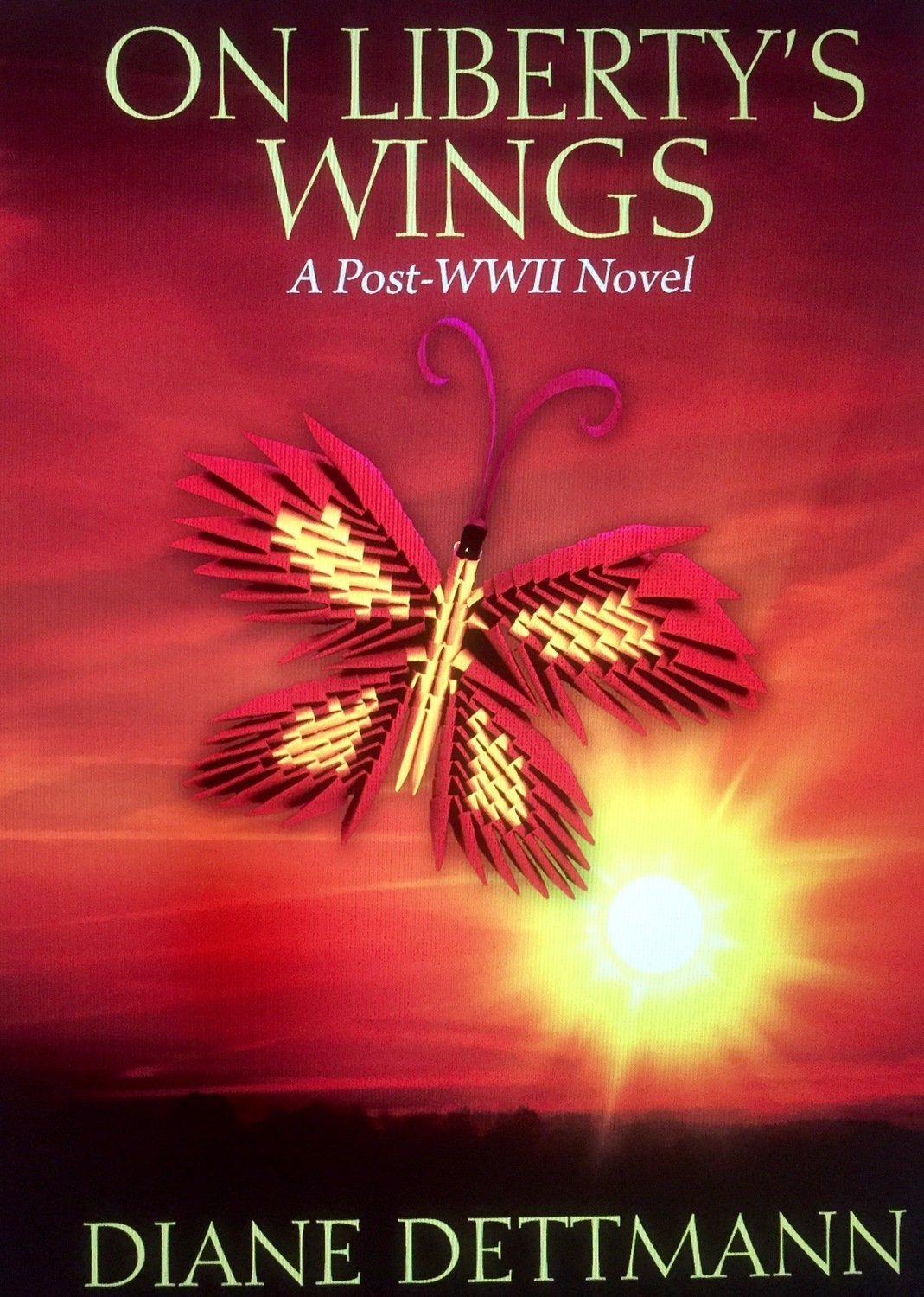 Book Synopsis: Set in Minneapolis, Minnesota On Liberty's Wings: A Post-WWII Novel immerses readers in the racial tensions and the culture of the time. The end of the war signals a new beginning for America, but for twenty-two-year-old Yasu Nakahara and her family, harsh prejudices and injustices remain. Married and leading a new life Yasu faces barriers almost as unyielding as the years she and her family spent imprisoned in the Japanese interment camp in California during the war.

After leaving the barbwire fences and armed guards behind, Yasu meets a university professor on a train headed to Minneapolis. Martha takes Yasu in and helps her earn her degree. After graduation Yasu has difficulty getting a job but is eventually hired as an elementary school where she struggles to overcome racism and discrimination. Determined to succeed she pours her heart and soul into her new teaching position. Meanwhile her husband Masato, a WWII veteran, faces his own battles of attaining an engineering degree from the University of Minnesota with hopes of securing a job. All seems to be going well for the family until Yasu's teaching position is eliminated. At the end of the school year with the help of another teacher, Yasu packs up her teaching materials and says goodbye.

As her father's lung condition worsens and eventually is unable to work Yasu becomes the sole provider for her family and knows she must take whatever job she is offered. Forced to accept a fifth-grade position at a school on the other side of town, Yasu and Masato search for a house they can afford closer to her job, but become discouraged by the anti-Japanese comments and doors slammed in their faces. Just as they are ready to give up they notice a For Sale sign in front of an old white bungalow and their hope is renewed. Finally hired by a manufacturing company located a few miles from their home Masato works hard as a drill press operator to help support the family.

Yasu and Masato hire a realtor to sell Martha's house, but buyers refuse to purchase a home where a Japanese family has lived. Disappointed and unsure what to do, Yasu writes a letter to the University Board of Regents and they offer to purchase Martha's home for a sorority house. With the house finally sold they are able to move into their little white bungalow. With the help of a two-man moving company and Masato's best friend, Yasu and her family pack up their belongings and leave the house they shared with Martha.

Settled into their new home her father's health improves and caring people stop by to welcome them to the neighborhood. As America continues to recover from the war, prejudice and challenges continue to complicate Yasu's daily life. Parents and students at her new school struggle to accept Yasu as a teacher. She begins to question her abilities but is determined to succeed. As time passes, Yasu works hard to prove herself as a highly qualified teacher and eventually earns the respect of students, parents and staff members.

When Yasu discovers she is pregnant with her first child she is told by her principal that she will have to leave her position as soon as she begins to show. As much as she loves teaching and adores her students she accepts the situation. On Yasu's last day of school the staff throws a party and sends her off with gifts and good wishes. With only weeks before the baby's arrival, Yasu and her family reflect on their losses and celebrate their victories as they look forward to the joyful addition to their family.

Author Bio: Diane Dettmann is the coauthor of Miriam Daughter of Finnish Immigrants, a story about her grandparents settling in Embarrass, Minnesota in the 1920s, where they raised seven children during the Great Depression. In 2011, Diane released her own memoir, Twenty-Eight Snow Angels: A Widow's Story of Love, Loss and Renewal, a story about the death of her husband and rebuilding her life after the loss. A year later, Diane took the leap from memoir to historical fiction. In 2015, after three years of research and writing, she released her first novel Courageous Footsteps that takes place in a Japanese internment camp during WWII. Positive reviews and reader feedback inspired her to write the sequel, Yasu's Quest, and the final book in the series, On Liberty's Wings. Diane has presented her books at local venues and international conferences in Finland and Canada. Diane has also written articles for the Women's Voices for Change organization in New York City and the Open to Hope National Grief Foundation.