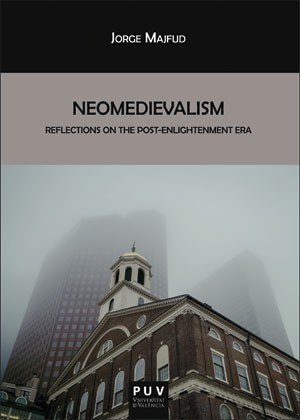 Book Synopsis: Jorge Majfud reflects once again on the economic, political, and cultural realities of recent years, with an outsider's view from the center: the culture of masks of the United States' cultural industries and national unconscious, the hyper-fragmentation of the contemporary individual, the construction of reality through social narratives, the narrative dictated by the major social powers of money and the social castes who have taken us steadily toward a new form of feudalism, one no longer based on ownership of the land but of finance capital. In all of the essays that comprise this book, one can see the urgency of responding to the historical moment, to the specific events that have occurred over the past two decades, but with an unflinching effort to contextualize events within their greater historical framework. Because, as the author asserts, forgetting is one of the principal weapons of moral, social, and, ultimately, military violence.

Author Bio: Jorge Majfud is a Uruguayan American writer and professor at Jacksonville University. An architect from the University of the Republic of Uruguay and a PhD in Latin American Literature from the University of Georgia, before settling in the USA he lived and worked in South and Central America, Africa and Europe. He is the author of many essays books such as The Eternal Return of Quetzalcoatl, A Theory of Semantic Fields, Neomedievalism, Reflexions On the Post-Enlightenment Era, and novels like The Queen of America (2001), The City of the Moon (2009) and Crisis (2012), and The Sea Was Calm (2017). He worked and published many other books in collaboration like The Routledge History of Latin American Culture and with other authors like Eduardo Galeano and Noam Chomsky and regularly contributes to different media like Huffington Post, El Pais, Pagina/12, Radio Nacional of Argentina, Radio Uruguay, RNE National Radio of Spain, Russia Today TV, etc. He has been translated into many languages. A former teacher of Mathematics, he currently teaches Latin American Literature and International Studies at Jacksonville University in Florida. His upcoming novel is Tequila (Sudaquia, New York, 2018).