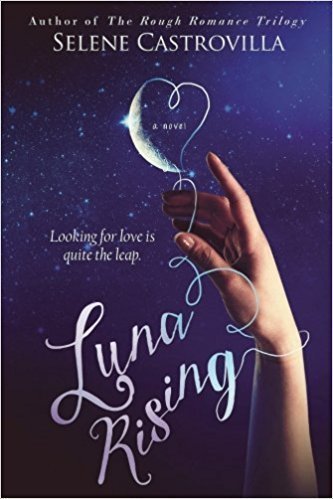 Book Synopsis: Life begins at thirty-eight for Long Island mom and writer Luna Lampanelli, when she kicks her secretly gay husband to the curb. She's got her freedom, but what she wants is love. Luna knows she doesn't need a man to exist, but try telling that to her heart. Against the advice of Sunny, her snarky best friend, and Jiminy, the cautioning voice in Luna's head who just won't shut up, Luna sets course to find a mate. Luna speed and on-line dates her way into several short-lived, surreal relationships. There's Ari, the humorless Israeli who refuses to assimilate “ to America, and to humanity. There's Alex, the young and handsome ex-crackhead who informs Luna he doesn't want to be monogamous”while they're in bed. There's Memphis, the wild-eyed sadomasochist. There's Red, angry and crippled, who becomes the catalyst for Luna to join Sex and Love Addicts Anonymous. But before Luna can proceed to recovery, she meets the elusive but oh so appealing Trip. He's emotionally unavailable and has the Madonna-Whore Complex, but how can Luna (aka "whore") let him go when she enjoys his dry wit so much, and his body even more? Humorously haunting and packed with unspeakable truths, Luna Rising follows a woman's funny and heart-breaking struggle to relate with un-relatable men and an un-relatable world, and to figure out something even more un-relatable: herself.

Author Bio: Selene Castrovilla is an award-winning author who writes in a wide range. Her common thread is humanity: what's in our hearts never changes. Luna Rising, her first women's fiction, released June, 2017. It is the 2017 Book Excellence Award winner for Chick Lit. Revolutionary Rogues: John AndrÃ© and Benedict Arnold, her fourth Revolutionary War picture book, released September, 2017. It is a companion to Revolutionary Friends: General George Washington and the Marquis de Lafayette, which was a Booklist Top Ten Biography of the Year (+ starred review), an International School Librarians Honor Book, a Eureka! California Reading Association Honor Book and a Bank Street College Best Children's Book of the Year. She is currently working on Unpunished, Book Three of her Rough Romance Trilogy. Melt, Book One, was the winner of six awards, including the IndieReader Discovery Award and the SCBWI Spark Award. Look for her picture book about Savion Glover, coming soon from Holiday House. Selene holds an MFA in Creative Writing from The New School and a BA in English from New York University. Jacqueline Woodson, Selene's teacher at The New School, calls her a writer to watch. Visit SeleneCastrovilla.com.