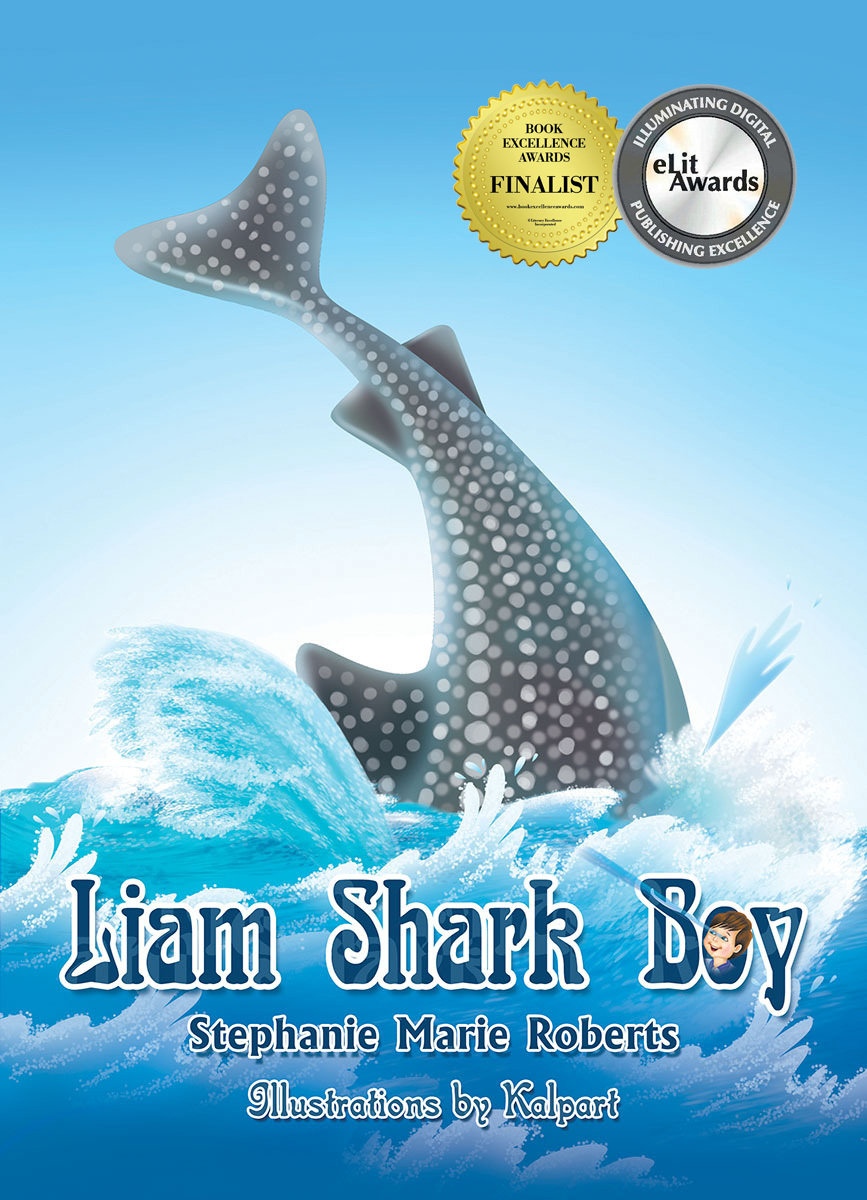 Book Synopsis: Liam loves all Deep Sea Creatures, but particularly SHARKS. He wishes he could be a shark himself and swim underwater with all his friends. One sunny day, when he goes fishing with his Dad, he meets Dearborn, a Great Whale Shark. To Liam's great surprise his eyes begin to shine with magical beams, which enables him to talk to Dearborn! The Great Whale Shark tells him he is a special Shark Boy and they have been waiting for him to come. Together they embark on a Marvellous Adventure in the Deep Sea, with Goutomi the Japanese Stingray, Maximillian Forbes, the very posh Lion Fish and Pufferbee the Prickle Pufferfish!

· Reading Level: 3 (Reading Alone due to: Length of book and some descriptive vocabulary)

Liam Shark Boy is a story about a little boy named Liam who absolutely loves sharks. He goes on a fishing trip with his dad and meets a shark named Dearborn who explains to Liam that he is needed for a special mission. Later that night Liam meets Dearborn while sleeping. Dearborn tells Liam that the other sea creatures call him ‘shark boy’, and shark boy has special powers in the ocean. Dearborn also tells Liam that some bad sharks plan on attacking children and all the sea creatures would like Liam to help them in their mission to stop the bad sharks from attacking the children. Liam is excited and goes with the sea creatures on this mission. What Liam doesn’t know is that when he completes this mission and saves the other children, that one of those other children is his brother Joshua.

When reviewing this book, I was concerned about the sheer length of the story. However, as I got into the story, I found that the author had presented the story in beautifully constructed stand-alone segments. Those segments make it incredibly easy to read this book with a toddler, as it’s just like a new story (with the same characters) every couple of pages. What’s more, the book appears long (with 48 pages), but the font is large and the illustrations provide interesting pauses for the young reader. What you’re left with is a book that’s really well written for toddlers and children alike.

There are several things to be impressed with in Liam Shark Boy. One of my favorite things about the book was the fact that … it was filled with facts! There are easy 2-3 facts per page that I, as a parent, learned during the story. What’s more, I know my child was learning 5-6 things per page, and enjoying the in-depth knowledge he was gaining about the ocean and sea life in general.

Another thing that I loved about the book was just how specific everything was. For example, it wasn’t just a boat that Liam went on with his father. No, it was a Kingfisher Offshore boat. We weren’t just talking about a Porcupine Puffer Fish (and his family), we were talking about Pufferbee and Pufferbee’s grandfather, Grandpuff. It’s this specificity that really helps with retention in toddlers, and I loved how this story was so intentional in its inclusion of specifics.

Author Bio: Stephanie Marie Roberts is an Australian novelist and children’s writer, a beauty therapy teacher and educator in holistic, spiritual and massage therapies. Stephanie studied at Curtin Business School, Perth, Western Australia and opened her first salon business in 1980, going on to establish her own Government Accredited (VETAB) Beauty Colleges in Canberra and Sydney over fifteen years. She now loves writing, spending time with her family and enjoying life in Gosford on the beautiful Central Coast of Australia, where she lives with her husband, retired secret service agent Chris, and a fourteen-year-old pampered Cocker Spaniel, Harvey.

Her books are available on Amazon Kindle: Stephanie Roberts Page