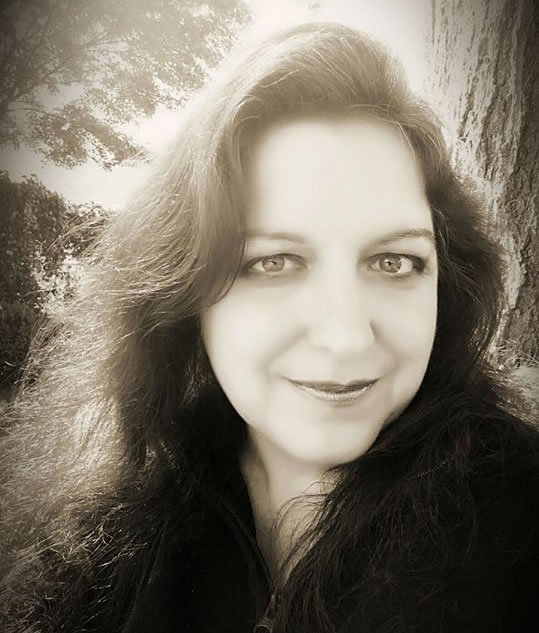 How did you know you wanted to be an author? I always loved to write. I feel writing is equivalent to being an artist and my medium of choice are words. There is such a joy in being able to create a world for others to see as you do. The art is being able to stimulate the senses using the perfect blend of words.

What is your advice for aspiring authors? For my series, I developed each character and their history before I even began to write. I felt it helped to give each character their own voice. It also helped to create characters that are true to life. Each one of my characters were given at least one page of details of who they were, and where they’ve been prior to the start of the book.

Do you have any writing rituals or practices?I know I do write about magic and sorcery, but I don’t draw a sacred circle with my boline or light a white candle for purity of thought. Instead, I do always begin with a cup of coffee and my music. I find the tempo in music helps to flush out specific scenes.

What message to you want readers to remember?I started writing the series for my daughter back in 2010. She was going through a serious bought of depression from having had lost a friend to bullying and she was facing the same torment. It’s amazing how damaging bullying has on one’s sole. I know I had similar battles with it growing up, but not to the extreme it is today with social media.

The Casey Blane Series was based on these fundamentals and set in a fantasy world filled with action and a nearly four hundred year old romance where Casey Blane must also learn to empower herself in order for her to succeed. It also touches on the most common feelings and emotions females go through and struggle with on a daily basis, making Casey Blane quite relatable.

Basically, I wanted to give my daughter a story to let her know that her emotions are real and she wasn’t alone in this world. That if she can believe in herself and love her differences, she would be able to do whatever she sets her mind to.