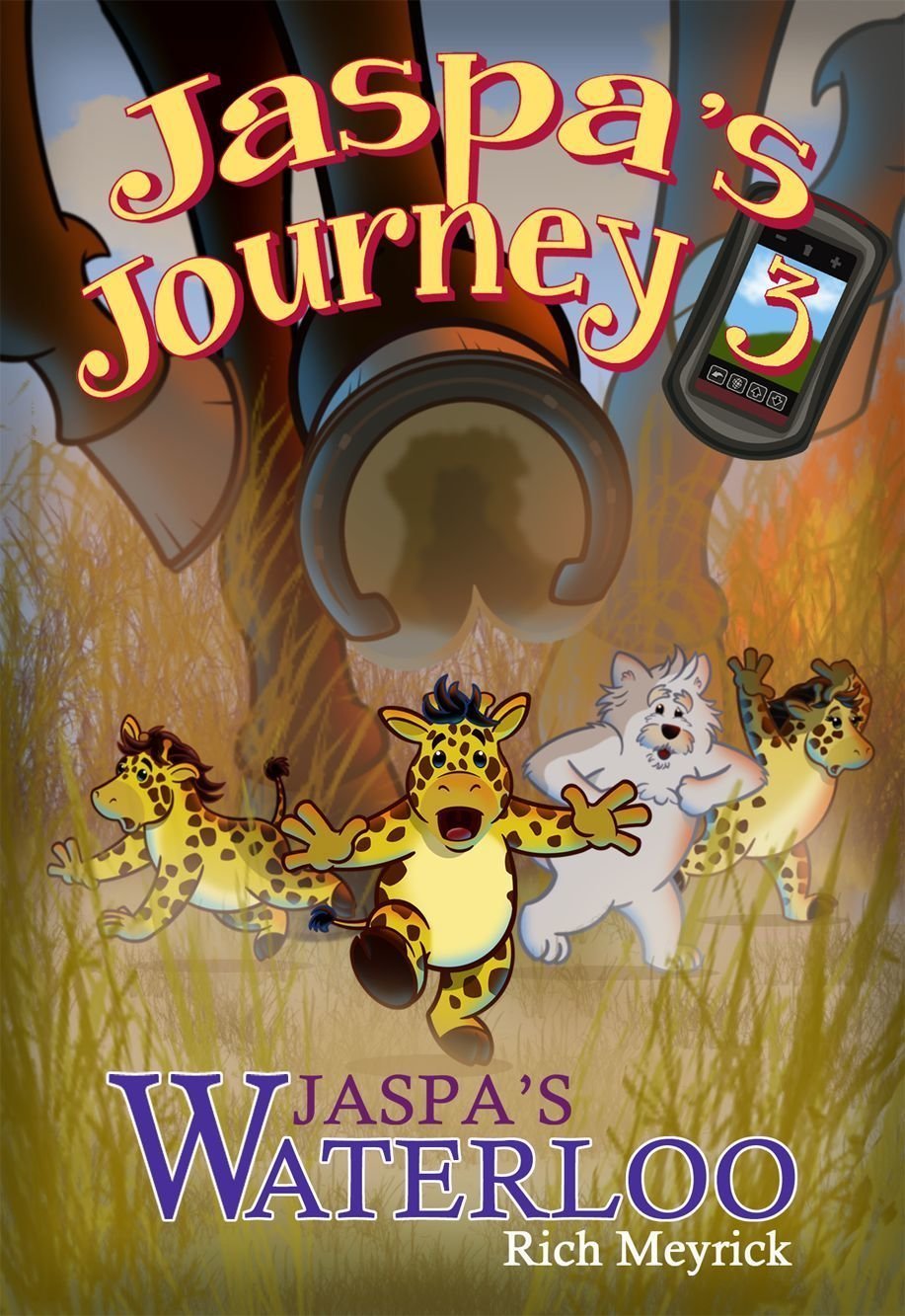 Book Synopsis: Waterloo, 1815. One of the most celebrated battles in history. Where the Emperor Napoleon Bonaparte and the might of France suffered their final, crushing defeat at the hands of the Duke of Wellington and his army. So when Ben and Sam visit the legendary Belgian battlefield, Jaspa and the Ses can't resist tagging along. But after Ben is tricked into a loaded wager by his bullying nemesis, Gobber, all bets are off. To win, Ben must find something called a geocache part of a worldwide scavenger hunt based on GPS technology hidden somewhere on the famous battlefield. The name of the cache?... Waterloo, 1815. After nearly getting trampled during an all-too-real re-enactment of the combat, Jaspa and the others set out to scour the battlefield for the cache, with the aid of a handheld GPS device. They've hardly begun when their task is unexpectedly complicated by a sudden onslaught of unprovoked attacks by a fierce Ses stranger. Will they succeed in turning the tables on Gobber's sly plan, by solving the puzzle and finding the geocache's final hiding place? Will they discover the reason for the hostility of the mysterious Ses? Or will Waterloo again be a place of defeat, as it was for Napoleon 200 years ago?

Author Bio: Rich Meyrick is the fingertips behind everything associated with Jaspa's Journey. Born in Wales, he developed a fascination in geography, history and the environment at an early age, interests which culminated in a PhD from the University of Cambridge (UK) and a post-doctorate at the University of Waterloo (Canada). After subsequently working for four years as an environmental scientist in Weimar, Germany, Rich married Sue and returned to Waterloo, this time permanently. Since then, when he and Sue aren't actually travelling with Jaspa, Rich spends his days writing books and blogs about Jaspa's adventures. It's a Journey he hopes will continue for many years to come.