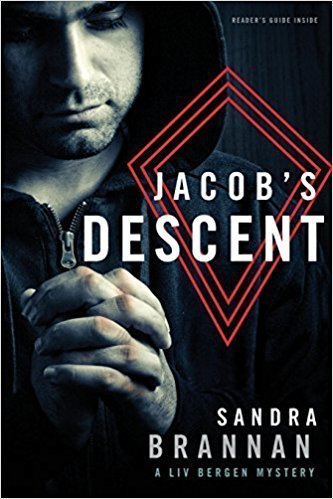 Book Synopsis: What 's next in the Liv Bergen Mystery Series?

A century-old crime in Lead.

And danger for two priests who won 't forget.

Find a copy at your local bookstore today.

Author Bio: Sandra Brannan has created a heart-pounding mystery thriller series around Liv Bergen, a woman who embodies the spirit of South Dakota. Much like her character Liv Bergen, Brannan has spent her career in the mining business.

In response to the overwhelming success of In the Belly of Jonah, launched in September 2010, and Lot 's Return To Sodom, released June 1, 2011, Brannan prioritizes her time first to the librarians and booksellers for nominating her to earn ABA 's Indie Next List Notable, to book clubs and fans who have described Liv Bergen as the love child of Sue Grafton 's Kinsey Milhone and Lee Child 's Jack Reacher, and to teachers for all the gratitude she has for their role in her success. Widow 's Might 2012, Noah 's Rainy Day 2013, Solomon 's Whisper 2015, and Jacob 's Descent 2016 continue to attract new readers across American and internationally while earning acclaim, such as Best Suspense List by Suspense Magazine, Forward Reviews BOTYA, USA Book News Best Book Award, and Denver Bestseller.