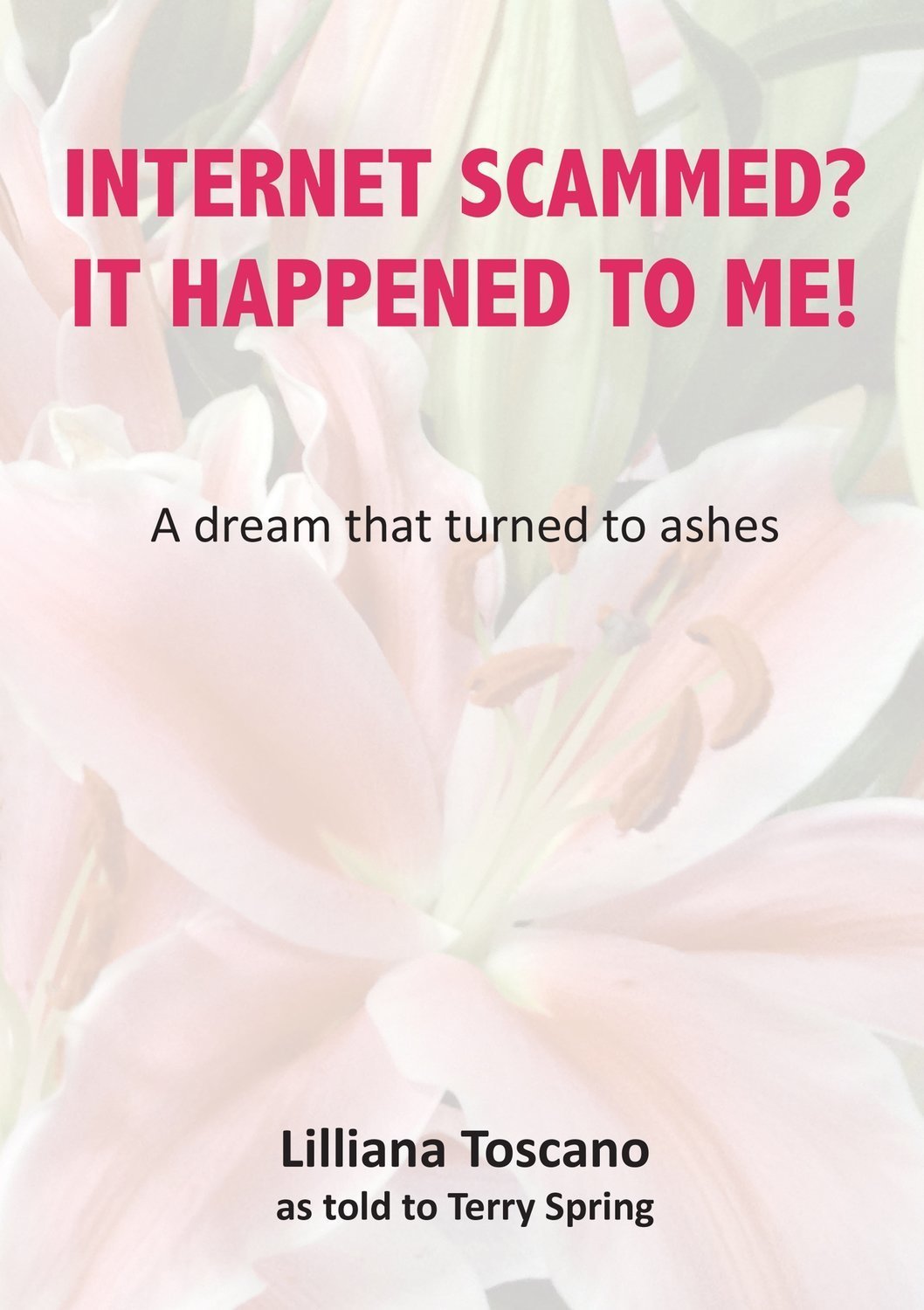 Internet Scammed? It Happened To Me! - Autobiography

Full Book Title: InInternet Scammed? It Happened To Me?

Book Synopsis: Do you think I'm far too sensible - I wouldn't let anyone scam me?' That's what Lilly thought but this is what happened to her. It's a story that should be read as a warning to anyone, regardless of age, who uses the internet. Even though you may think it wouldn't happen to me' and you might not knowingly be involved in something like this you could still have your photos or name used in a scam. This is her story: Lilly Toscano had decided it was her' time now. She'd spent her entire life for her family and now she had retired to a new town and a new freedom. She set up a Facebook' page and clicked on the friendly face of Nicholas who wanted to befriend her. Lilly didn't tell friends she had an internet relationship as, over the many months of writing and phoning her and Nicholas became close. An American marine engineer, he had lost his family in a car crash and seemed a nice person, and soon he became quite romantic in his daily emails and phone calls. Months of contact went by and he sailed on an oil tanker but they kept in touch. In the Indian Ocean the ship was chased by pirates; Nicholas told Lilly that the crew had been instructed to place their cash, phones, IDs, credit cards and bank details in a trunk which was dropped off at an island for safety. Gradually the weeks rolled on and the ship reached its destination and delivered its oil. The trunk was supposed to be sent on ahead by a courier company but they needed payment and Nicholas, unable to get to his money or passport, was stuck on board and penny-less. Wanting to help him Lilly agreed to his pleas to send payment to the courier company but that, and every further sum, was followed by yet another request for various costs associated with delivering the trunk. Eventually Lilly received a call from the courier company in Sydney that the trunk on its way to her had been stopped at Sydney Airport and x-rayed by Customs. As there was an enormous amount of money in it she was being fined for non-disclosure. After a great deal of money changed hands Lilly broke down and finally told a friend. She had emptied her bank account and emails and calls from Nicholas had stopped altogether. After a chance meeting with someone in Sydney, Lilly checked the friend's Facebook' page and, under a different name, Nicholas's photo was there -asking to be a friend'. Lilly admitted, at long last, she'd been scammed and, despite knowing she would never recover her money, set out on her revenge. She contacted the government agency ACCORN and, with a friend decided to follow the money trail, visiting police to make statements in both Malaysia and America about the scam. Professional scammers are becoming more and more devious. Ruthless people run these professional organisations that make a fortune out of scamming the unaware. By writing her story in this book she hopes to make people aware to this kind of professional internet scam, and stop it happening to others.

Author Bio: Internet Scammed? It Happened To Me! is the latest ghost-written book by Terry Spring. Born and educated in London, England, she worked as a freelance music journalist interviewing stars of the day, her articles appearing in music magazines and London papers until, in the seventies, she migrated with her musician husband and family. Employed in Sydney, she scripted and produced in-house training films for global corporations. She attended Oxford University, undertaking a creative writing course, and now lives on the Gold Coast. Apart from books, she writes occasional articles for national and local papers. Some of her short stories have won competitions and aired on Australian ABC radio. One became a short movie, which she scripted and produced for a Sydney Tropfest Film Festival. Passionate about history she has uncovered a huge family tree and written an ebook offering tips on researching ones ancestors. She has published six books and ghost-written another six in the last fifteen years. Her novel Transported - based on an English convict lad - was used as subject matter for 2010 International Marketing students at Griffith University, Queensland. This book was followed by 'A Tambo Girl' set in the outback in the Victorian era. Both books sell, amongst other places, at the Australian Longreach Hall of Fame and are available at libraries and on-line. Writing has always been in her blood and she has a passion for historical novels and biographies.wwwterryspring.com