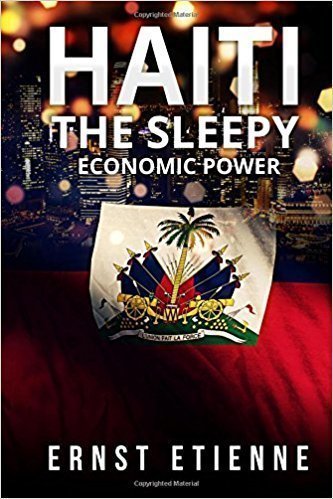 Book Synopsis: With a vibrant, intelligent and enterprising population, Haiti is a unique country with a rich history. Indeed, it was called the Pearl of the Antilles and it is the first independent republic of coloured people in modern times. However, Haiti has experienced significant decline since its early days. It is presently the poorest country in the Americas and has an economy that depends mainly on foreign aid.

Is Haiti condemned to perpetual poverty?

Ernst Etienne demonstrates that mathematical principles can be used to develop a formula for the sustainable development of Haiti.

The diligent application of this formula has the potential to make Haiti the most prosperous country on Earth!

Author Bio: Ernst Etienne is Haitian by birth, even though he currently lives in the United States. Being a pastor 's son, his childhood was expectedly marked with frequent relocations from one region to the other. Thanks to contact with people from different backgrounds, different cultures and different social statuses, these frequent moves have enriched his experience and opened up his mind. Thanks to his encounters with the poorest people, the richest people, people of the middle class, illiterates and learned people, he is perfectly knowledgeable about the needs and hopes of everyone in Haiti for building a prosperous country that is reoriented towards the future.

Ernst had his primary and secondary education in different towns in Haiti before leaving for a more international experience in Honduras and then in the United States, where he obtained a Masters degree in industrial engineering. Ernst is also an FAA-certified professional pilot and an FAA-certified flight dispatcher.

All of his experiences have contributed to the development of his curiosity and helped him to establish social ties with many people and most especially, to keenly know Haiti and all of its peculiarities very well.

Ernst is also a successful inventor of œDesfranches Range Extender Car , the wind œDesfranches Turbines with vertical shafts  and the flying saucer œAnba-lakay .