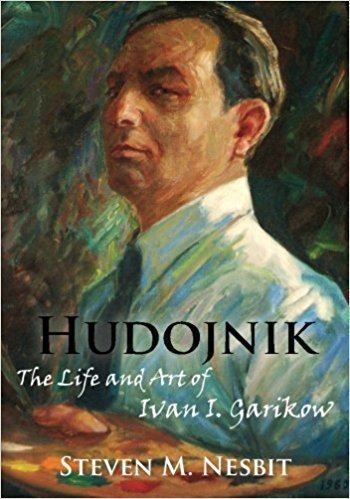 HUDOJNIK: The Life and Art of Ivan I. Garikow - Biography

Book Title: HUDOJNIK: The Life and Art of Ivan I. Garikow

Book Synopsis: Ivan Garikow was one of the last classically-trained artists at the original Repin Academy where thousands applied and only a few were accepted. Almost immediately after he completed his studies, Hitler invaded Russia, and Garikow became a Soviet soldier only to be captured by the Nazis and spends the next four years in captivity, fighting to survive. Liberated by the United States military, he is placed near Salzburg, Austria where he finds freedom and gains artistic recognition as the city embraces his art. In pursuit of the "American Dream," Garikow emigrates to the United States to find his fame and fortune. He loves the freedom that comes with living in the "Land of Opportunity; however, the "City of Brotherly Love" creates barriers he never imagined. His traditional belief system enabled Garikow to remain true to his Russian heritage and the strong national character of his country.

Author Bio: Steven M. Nesbit received his MEd from Penn State University. From public school English teacher to Adjunct Professor of Communications at York College, his educational career has spanned more than three decades, and he has been writing professionally for more than 20 years. He loves nonfiction and research. His work has appeared in national magazines and newspapers.

During the 1990s, Steve wrote feature articles in the entertainment section of the York and Lancaster newspapers. He volunteered his time to Olivia 's House: A Grief and Loss Center for Children in York, PA where he wrote feature articles and press releases, conducted interviews, proofread and copy-edited anything that needed another set of eyes. Nesbit received an Honorable Mention in Writer 's Digest 's 76th and 79th Annual Writing Contest in 2007 and 2010. He was an award- winning nonfiction writer in 2013 's Pennwriter 's Annual competition. In June of 2013, after five years of research and two years of writing, Nesbit self-published Hudojnik, The Life and Art of Ivan I. Garikow which is the only biography written about the classically-trained Russian artist.