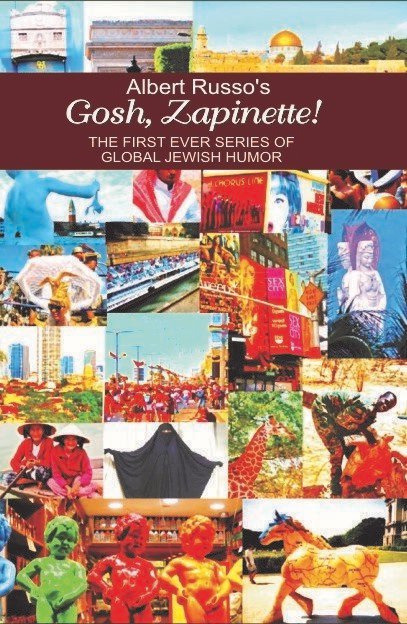 Gosh Zapinette! the first ever series of global humor - Humor

Book Synopsis: Zapinette lives with her mother, a staunch felinist'who owns a beauty parlor in Paris, as well as with Firmin, the latter's boyfriend. The girl however feels much closer to her Unky Berky', in spite of the fact that he is such a weirdo at times and can get on her bloomin nerves. Through Firmin, the vermin', she learns that her beloved uncle is a homey setchual'. They will travel to four continents together and the trips promise to be quite bumpy. She is part American, part French, part Italian and finds out, along her journeys to Africa and the Holy Land, that she has other origins too.

Author Bio: Albert Russo's major books are the AFRICAN QUATUOR (AQ), his memoir CALL ME CHAMELEON (CMC), his humorous ZAPINETTE Series (Zapy), GOSH ZAPINETTE, the first ever series of global Jewish humor, his books of stories and of poetry encompassing 40 years of writing, entitled: THE CROWDED WORLD OF SOLITUDE, vol. 1 -CWS1 (the stories and essays) and THE CROWDED WORLD OF SOLITUDE, vol. 2 (the poems) CWS2 + the two big books dedicated to his beloved mother Sarah Russo (SR) + about 50 books of photos. His definitive biography penned by the Norwegian African-American writer, poet and artist Adam Donaldson Powell, UNDER THE SHIRTTAILS OF ALBERT RUSSO has just been released by l'Aleph (November 2017), Wisehouse Publishing. A humanist with roots in Central, Southern Africa, and the Mediterranean, he has been acclaimed by both James Baldwin and Edmund White, as well as by his African peers, Chinua Achebe among them. Literary
Website: www.albertrusso.com -