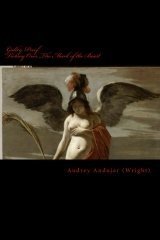 Galley Proof: Victory Over the Mark of the Beast - Body/Mind/Spirit

Full Book Title: Galley Proof: Victory Over the Mark of the Beast

Book Synopsis: This book incorporates two of my previous poetry books, Project X: Poetry and Royal Liberty and is heavy on lyrical prose. It was truly a labor of love and took many years to complete. Though it is considered a Christian book, it is not your traditional Bible Thumper Book. You will be pleasantly surprised at just how many times you'll find yourself identifying with some of the experiences recounted in this book. Now, remember, it is a Memoir, but it is a memoir with flair and lots of references to popular culture and politics- not just the Bible. Now, should you delve into the spiritual aspect, you will not only open your eyes to some major deceptions and strategies being used against us as Mankind, but also how to overcome them and arise victorious as members of the World God intended us to inhabit and have Dominion over for God's Glory whether or not you are Human 2.0 or not. Fans of the singularity concept who do not despise the name of Jesus will have a blast and enjoy many roaring laughs while reading this book. The topics range from sex life, to Science, AI (Artificial Intelligence), digital finances, politics, education, Freedom of Speech, Globalists & Technocracts, redemption, the Fourth Kingdom, possible interpretations for The Rapture, resurrection power, and the Millennium. There is also a segment called Tribulation Tips, that will offer much relief to others who may have or who may still be experiencing unwanted digital upgrades (that some people call targeting), in terms of techniques and coping mechanisms to help one overcome with grace. Were you aware of House Bill 4919 and its provisions for using human implanted technology to track and surveille certain Citizens of the USA? If you're worried about it because you've heard it is The Mark of the Beast, did you know that due to the ACA Laws, better known as Obamacare, many are already Altered individuals? Are you familiar with what Daniel 2 & 7 in the Bible speak about the Fourth Kingdom and do you know that it may mean we have been living during that period and are about to enter THE MILLENNIUM? Do you think everyone with a microchip is going to hell no matter where it is lodged? This book contains important information for you to consider. In reference to this topic, read what the Bible actually says at Revelation 13: 13 17, KJV: And he doeth great wonders, so that he maketh fire come down from heaven on the earth in the sight of men, And deceiveth them that dwell on the earth by the means of those miracles which he had power to do in the sight of the beast; saying to them that dwell on the earth, that they should make an image to the beast, which had the wound by a sword, and did live. And he had power to give life unto the image of the beast, that the image of the beast should both speak, and cause that as many as would not worship the image of the beast should be killed. And he causeth all, both small and great, rich and poor, free and bond, to receive a mark in their right hand, or in their foreheads: And that no man might buy or sell, save he that had the mark, or the name of the beast, or the number of his name. So, if he causeth all to receive the mark, on their right hand or in their foreheads, and not all are damned, because some have the victory over the mark as evidenced in Revelation 15:2-3, KJV It follows that it is not the mark itself that damns. It is the receiving or acceptance of the mark, the worshipping of the beast and/or his image that does it! Read what Jesus said in Mark 12: 30 and DON'T WORSHIP THE BEAST! There is hope! For whosoever shall call upon the name of the Lord shall be saved. (See Romans 10: 9 13, KJV)

Author Bio: Audrey Andujar Wright is a New York City native who was brought up in the East Coast and Puerto Rico. At age fifteen, she became an Albert G. Oliver Scholar and was placed at George School, a Quaker Boarding School in Pennsylvania, where she started to keep journals and wrote for the school paper, The Georgian. She was a Dyckman Scholar while at Columbia University in New York, from where she graduated in May 1992 with a Bachelor's Degree in Comparative Literature and wrote for Encuentros, a bilingual Literary Magazine. Audrey worked at various Fortune 500 companies, and then the State of Florida through 2009, where she was a Certified Project Manager Professional at the time, serving as Assistant Director of District Management for the Florida Department of Environmental Protection.