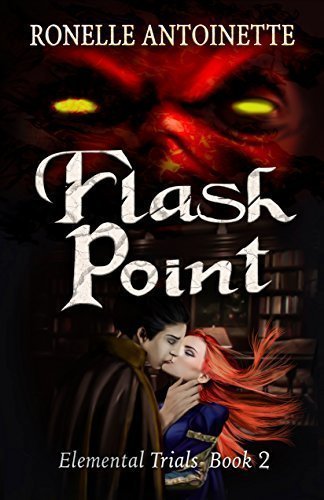 A night of careless passion leaves Battlemage Jex Xander and Adept Enari Alycon in a precarious position. Long-time lovers they might be, but the Imperial ambassador and the daughter of Egalion 's High Mage have rather public roles in the court ”whether they wish it or not ”and scandal couldn 't come at a worse time.

When a hostile kingdom reluctantly agrees to parley, the fate of two-thousand years of peace is on the line. In the midst of negotiations, Enari becomes the target of one of the Greater Maelstrom. She and Jex must race against time to save her life and that of her unborn child. What happens when an earth-shattering secret, a demon bent on destruction, and a kingdom teetering on the brink of war collide is anyone 's guess.

Choices will have consequences.

The decisions of a few will determine the fate of many, and who or what will remain standing in the end is still uncertain. Hearts and lives are on the cusp of irrevocable change ¦and not necessarily for the better.

And secrets? Those will change everything.

Author Bio: Ronelle Antoinette lives in western Colorado with her husband, two cats, and a dog who is convinced he's people. While not a mother to any kids of the human variety, she 's an auntie to what should qualify as a small army. Ronelle is an unabashed caffeine addict, chocoholic, and hopeless romantic who has carried on a passionate affair with the genre of fantasy since she was old enough to read 'chapter books'.

She dabbled in creative writing for many years before making it a career. (She even considered it as a major in college, though she ended up getting a Bachelor's degree in Counseling Psychology). She published her first fantasy romance novel, "Errant Spark", in July of 2016 and followed it up with "Flash Point" the next year.