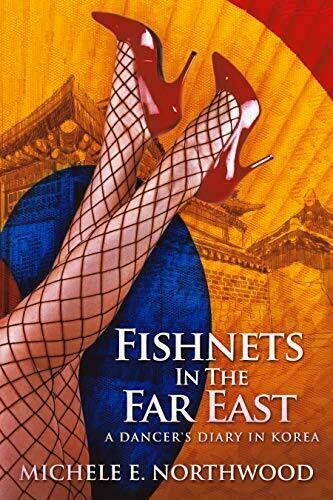 Fishnets in the Far East: A Dancer's Diary in Korea - A True Story - Arts and Entertainment

Book Title: Fishnets in the Far East: A Dancer's Diary in Korea - A True Story


Book Synopsis: It is 1989, one year after the Olympic games in Seoul. A young dancer, accepts a dancing contract to work in Korea and her naive dream of working in the Far East turns into a nightmare.

She finds herself in a plethora of situations which she is ill-equipped to deal with. Dancing her way across South Korea with two friends, she is propositioned by the Mafia, turned away by the British Embassy, caught in a student riot, and taken to Korean brothels.

At times both shocking and humorous, this is the story of a timid young girl finding her voice and learning to stand up for herself in a male-orientated world of alcohol, sex and seedy nightclubs.


Author Bio: Michele has a First Class Honours Degree in Modern languages, (English and Spanish). She currently lives in Spain with her Spanish husband, three dogs and two cats. She teaches English in a public school and in her own private academy, and considers herself to be a frustrated writer - she never has enough time to write!

Michele has won two literary competitions, and her first novel: "Fishnets in the Far East: A Dancer´s Diary in Korea" recently won an award for "Best Memoir" with TCK Publishing. The sequel: "Fishnets and Fire-eating" is currently being edited and she is now working on her third book which will be a paranormal/horror novel.

In her past life .... (okay , when she was a young woman,) she was a professional dancer, magician and fire-eater who toured the world for over twenty years in theatre, musicals and circus. During that time, she was in the Guinness Book of records for being part of the world´s largest Human mobile, and worked as a contortionist with the Circus of Horrors as their first "Girl inside a bottle". She has rubbed shoulders with Sting, Chris de Burg, David Copperfield, Claudia Schiffer and Maurice Gibb from the Bee Gees. She has also worked as a knife throwers assistant, assisted a midget in his balancing act and has taken part in the finale of a Scorpions concert.

Michele is concerned about climate change, the abundance of plastic pollution and hates the way man-unkind treats the other species which inhabit this beautiful planet which we are slowly destroying. Michele loves living in the countrside with views of the sea and likes nothing better than to sit on the terrace at the end of the day, look up at the stars and contemplate.