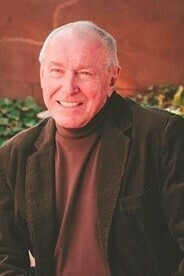 How Did You Know You Wanted To Be An Author? Born and raised in Newark’s crime ridden Third Ward, I was aware early-on that it was important to take note of who could be trusted and who could not. Polish on my mother’s side and Montenegrin on my father’s, with grandparents who spoke little or no English, my early outlook was ethnic and suspicious, fertile ground for a natural iconoclast. Never cynical, I discovered that journalism was a career that could convert early harmful suspicions into a meaningful, highly rewarding career.


What Is Your Advice For Aspiring Authors? Never doubt yourself! Simply put, I say just “write,” no matter what the obstacles. When I lost most of my eyesight more than a decade ago, and was declared legally blind, I had to fight off the urge to ask the question, “Why me?” Self-pity to a guy who has spent more than 35 years as a journalism scribbler, could easily have descended into pathos. I knew I could still write, so here we are today with one non-fiction book and two novels completed, and another novel on its way.


What Is The Best Way For Fans To Contact You? Social Media