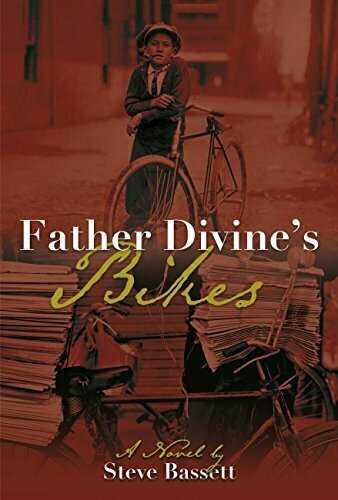 
Book Synopsis: FATHER DIVINE'S BIKES exposes the dark underbelly of 1945 Newark; a city that boomed during World War II but finds itself unable to cope with the peace that brings joblessness, despair and crime. As deeply-entrenched white enclaves are squeezed by the mass migration of blacks, escape routes for poor ethnic whites rapidly close. Meanwhile, two Catholic altar boys living in a world ripe for grifters, like Father Divine, soon learn that his promise of heaven on earth has hellish consequences.


Author Bio: Steve Bassett, born, raised and educated in New Jersey, and, although far removed during a career as a multiple award-winning journalist, has always been proud of the sobriquet, Jersey Guy. He has written for several publications including the Pulitzer Prize winning Salt Lake Tribune. He’s worked for the Associated Press, where his exposés gained national recognition, and CBS television news in Los Angeles, earning three Emmys for his investigative documentaries, and has authored three books.