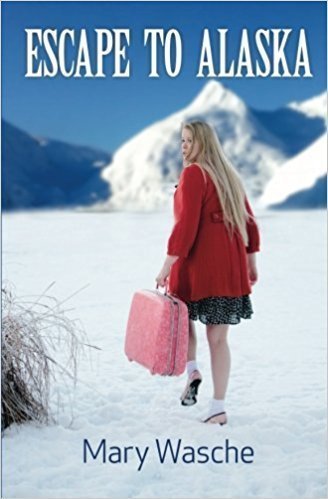 Book Synopsis: "Escape to Alaska", set in the 60 's, is the perfect blend of love story and uniquely Alaskan setting with cultural insights never before seen in a story like this. While hiding out in remote Alaska after witnessing a murder, a self-reliant young Minnesota woman challenges the prejudice her Native Alaskan love interest endures. Young Minnesota housewife, Lila, arrives at the long tunnel leading to Whittier, Alaska, exhausted from a run for her life after witnessing her husband commit a murder. While earthquake-scarred Whittier is the perfect haven due to its geographic isolation, not everyone is as they seem and most harbor secrets of their own. There is not a single house, hotel or motel in the isolated community. All residents live in an eerie looking abandoned military apartment complex along the scrap of ocean coastline that comprises the town. Like Lila, many of them are fleeing from someone or something on the Outside. She shares her new community with a secretive mother figure, an extreme hoarder, a wealthy elderly woman hiding out from her greedy children, and young families whose children go through an underground tunnel to school.

Whittier is also home to an attractive and appealing railroad worker, Paul, who is half Alaskan Native and is the polar opposite of Lila's dangerous husband. The ferocious winds and more than forty feet of snow that imprison Whittier's citizens for weeks at a time during the long dark winter allow Lila to build a relationship with the warm, intuitive man who is now at her side. They lock their bond when he takes her home to his tiny, remote native village by bush plane to celebrate the holidays. Lila is dazzled by northern lights, a dog sled ride, the mountains and tundra of interior Alaska.

The region of coast near Whittier has a history of earthquakes and sure enough, in the chaos surrounding a major earthquake's devastation, the husband sneaks through the tunnel. The dramatic conclusion is pure Alaskan.

Author Bio: Following her first journalism award at age 17, Mary Wasche continued to be published in regional and national magazines and as a weekly newspaper columnist. The first of her three historical romances was published in 2015. Wasche served as President of the Alaska Chapter of Romance Writers of America, Editor of the Chugiak Eagle River Historical Society newsletter, founded a book club and has held membership in the Chugach Writers Group, the Alaska Writers Guild, 49 Alaska Writers, the Pacific Northwest Writers Association, IMDB PRo, and the Independent Book Publishers Association. She writes from Alaska and lake country Minnesota.