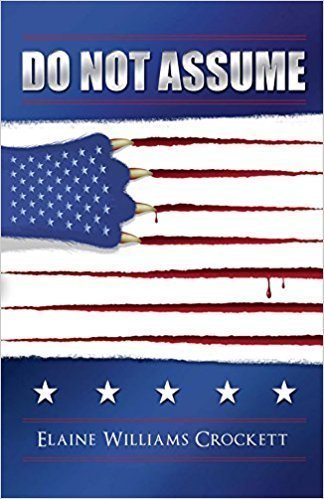 Do Not Assume - Thriller

Book Title: Do Not Assume

Book Synopsis: Federal Judge Warren Alexander has the nomination for the Supreme Court wrapped up ... until his wife is accused of murdering Senator Tom Marriner. But it doesn't make sense. His wife isn't a killer. Still, the FBI's evidence is overwhelming and he, alone, believes in her innocence.

Determined to exonerate his wife, the Judge begins digging through the Senator's life and finds a mysterious link between the Senator and the murder of a beautiful girl in a Maine resort town more than 40 years earlier. Is the key to the Senator's death buried with the girl?

As the Judge begins narrowing in on suspects, unearthing disturbing secrets along the way, he is unprepared for the consequences. The White House is watching him, waiting for the right moment, determined to do whatever it takes to keep the truth from coming out.

Author Bio: Elaine Williams Crockett is a graduate of the University of Illinois and Vermont Law School. She spent her legal career in the Office of the General Counsel at the United States Federal Trade Commission. Her newest novel, Do Not Ask, is available at Amazon.com.